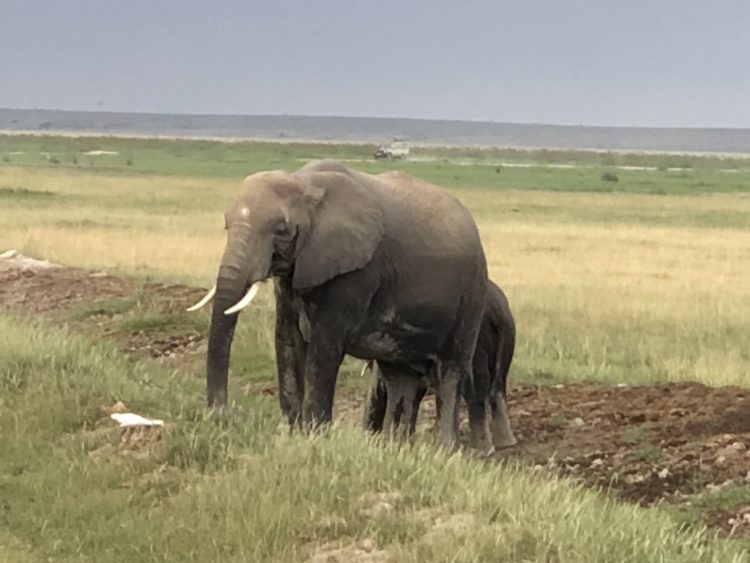 Sad to leave the giraffes but looking forward to meeting the famous elephants of Amboseli.

We were met this morning by our driver/safari guide for the next 12 days, and the 4 hours and 240 km drive from Nairobi to Kenya’s most popular National Park began in the rain.  We arrived at the Amboseli Sopa Lodge tired, hungry, and rattled by the numerous speed bumps on the highway.

While they searched for our reservation, we ate lunch and spent some time drinking tea at Hemingway’s Bar, which is dedicated to the memory of Ernest Hemingway. 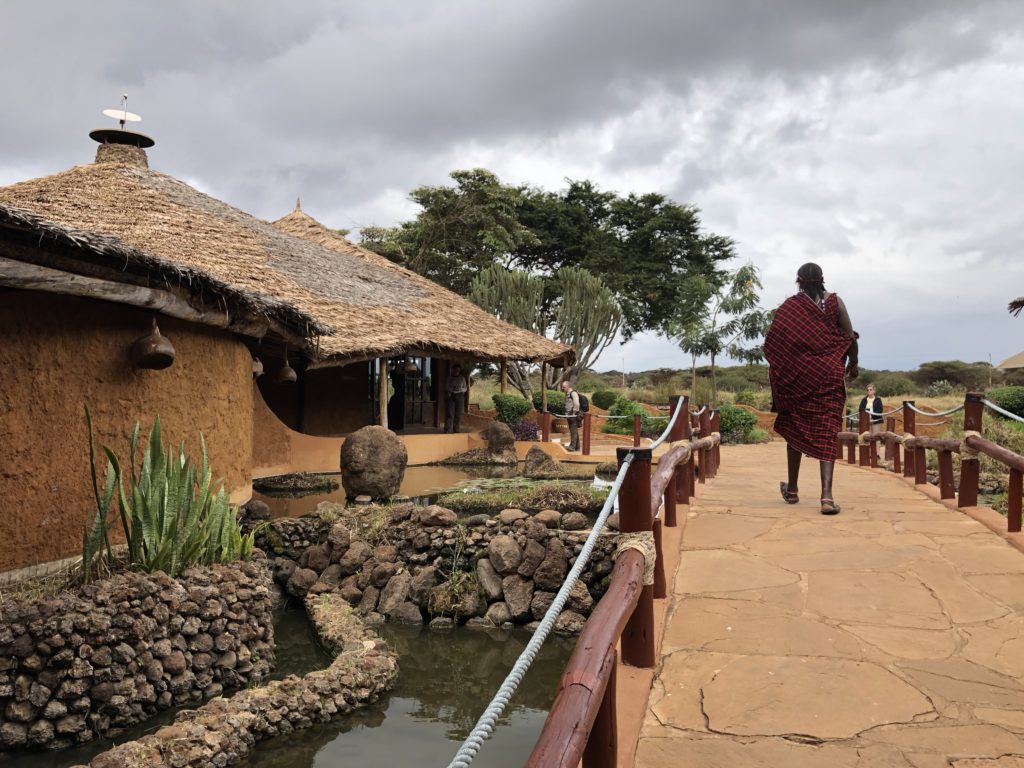 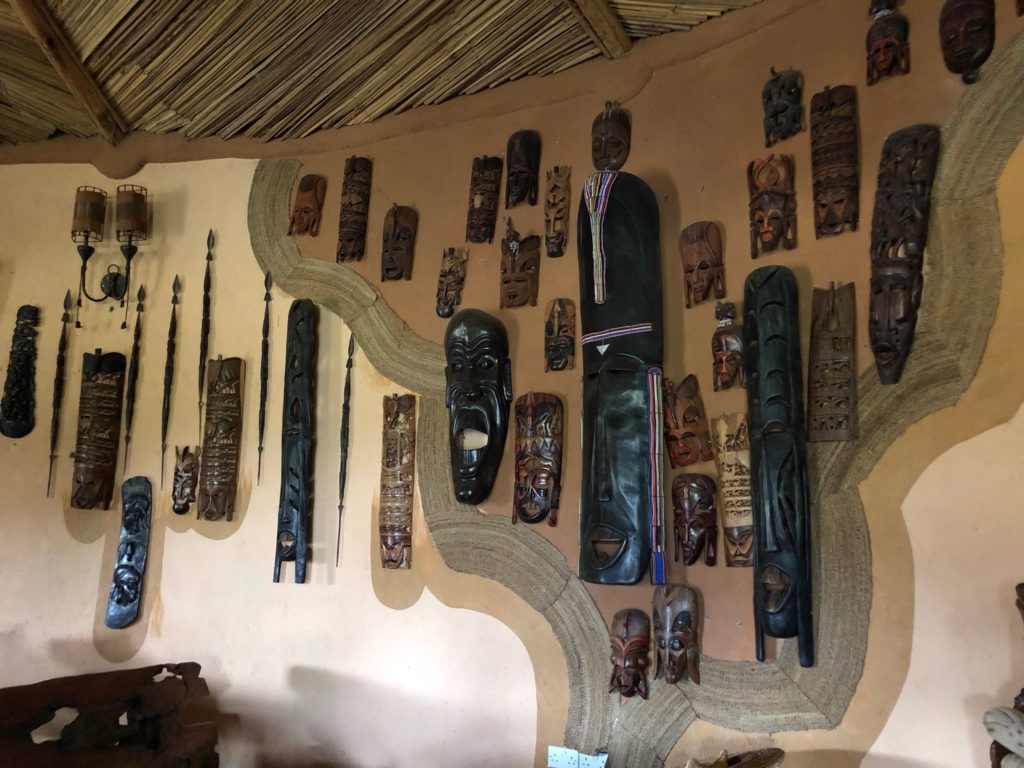 After two hours we got our room – a separate bungalow close to the main building. 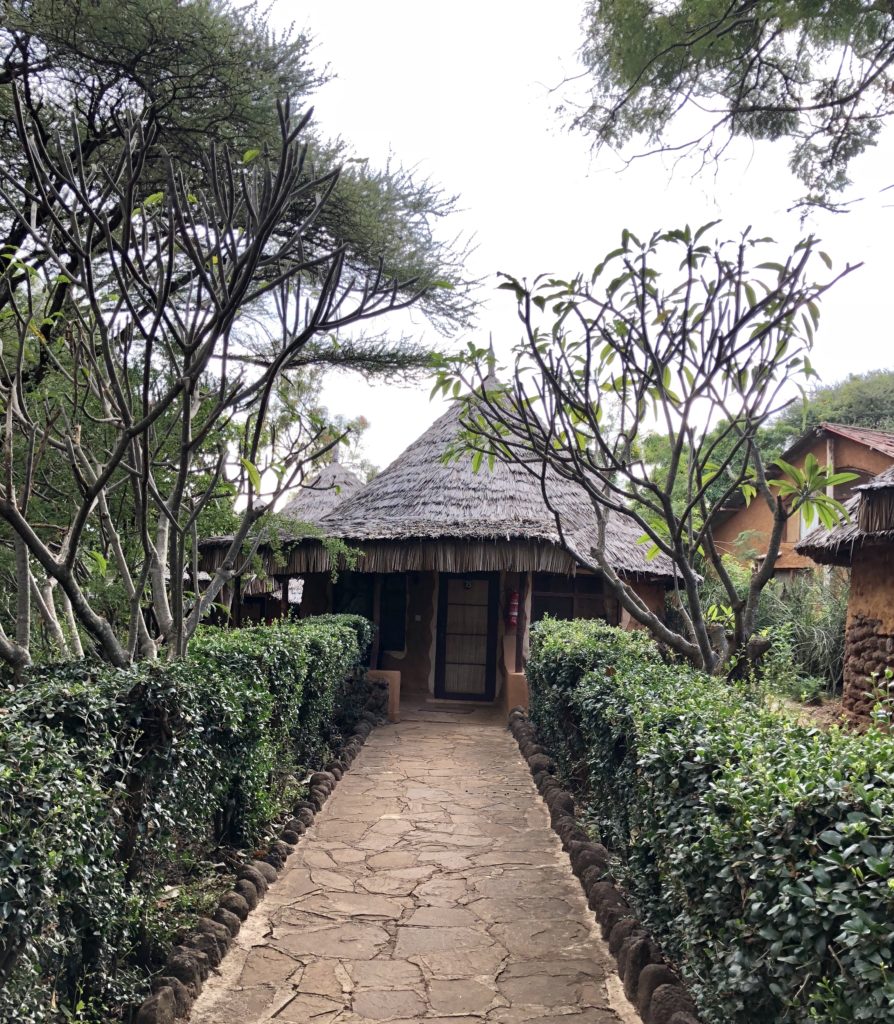 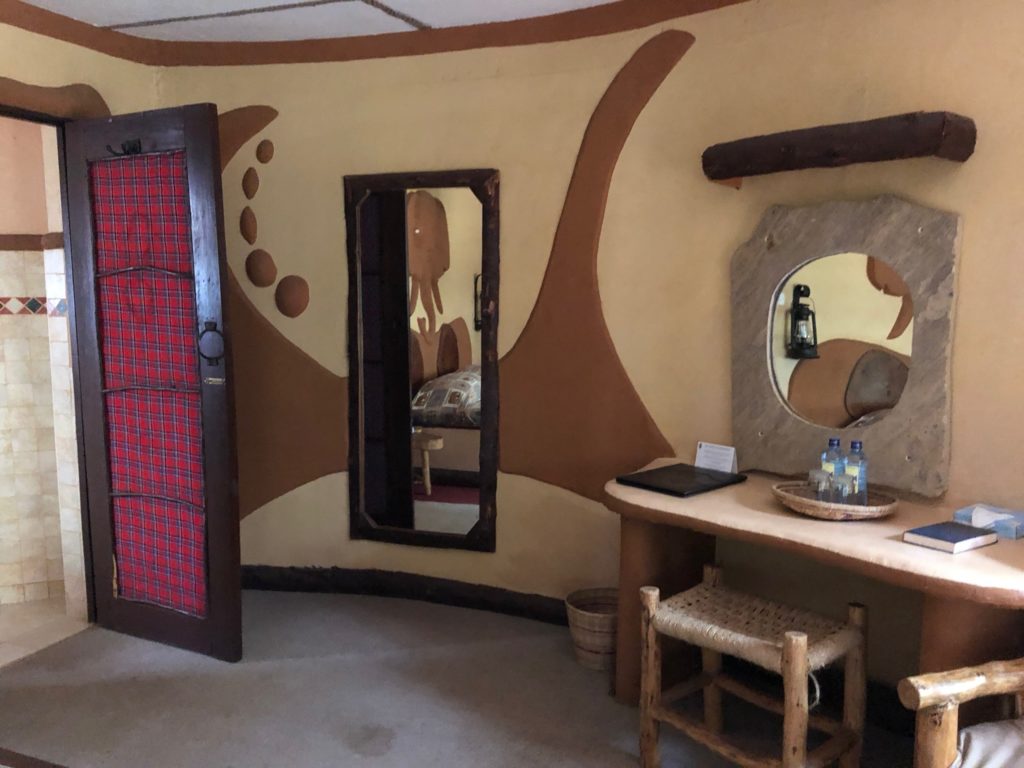 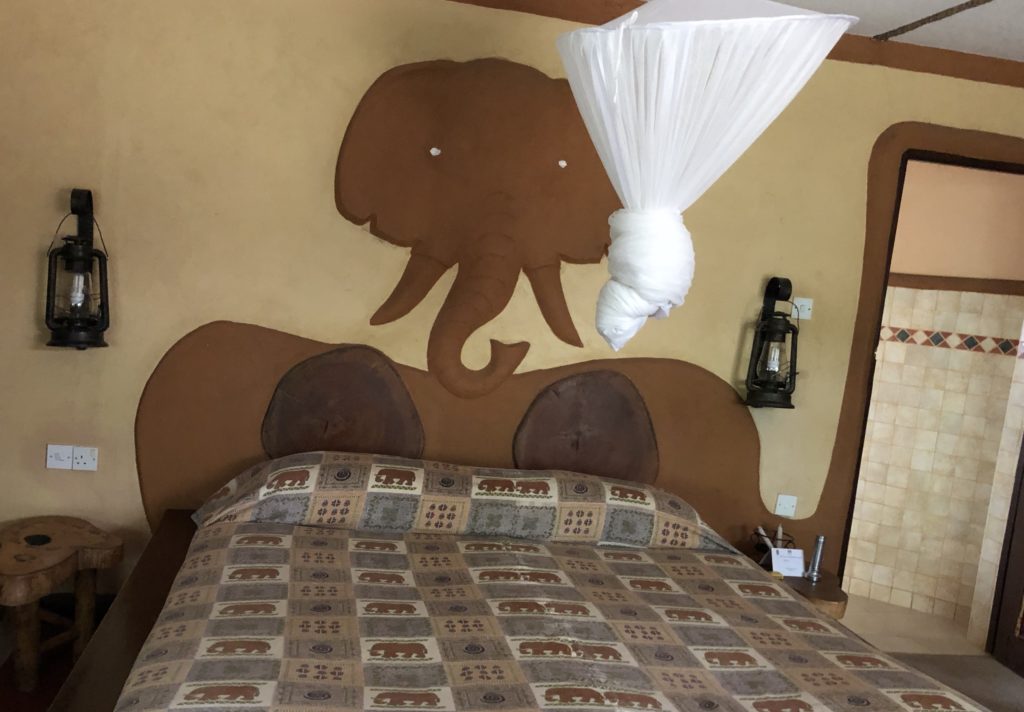 The 20-minute drive over bumpy roads and through endless clouds of dust to the gate of the Park gave us some insight into safari life.  After Arif (our guide) opened the roof of the Land Rover the fun began. 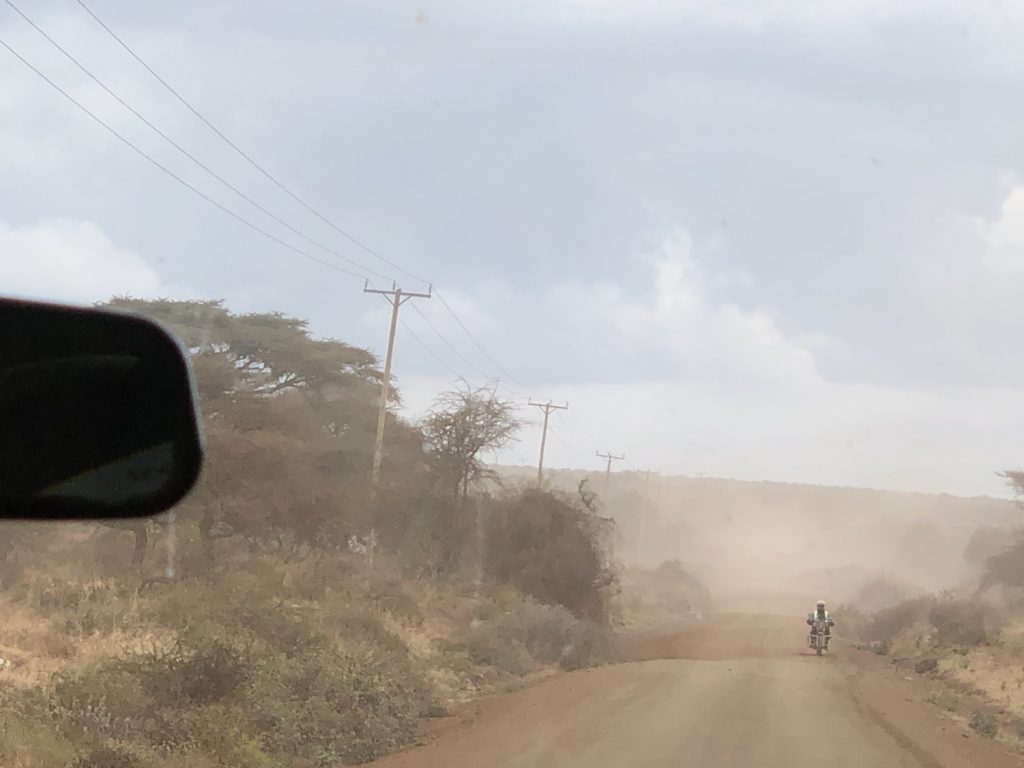 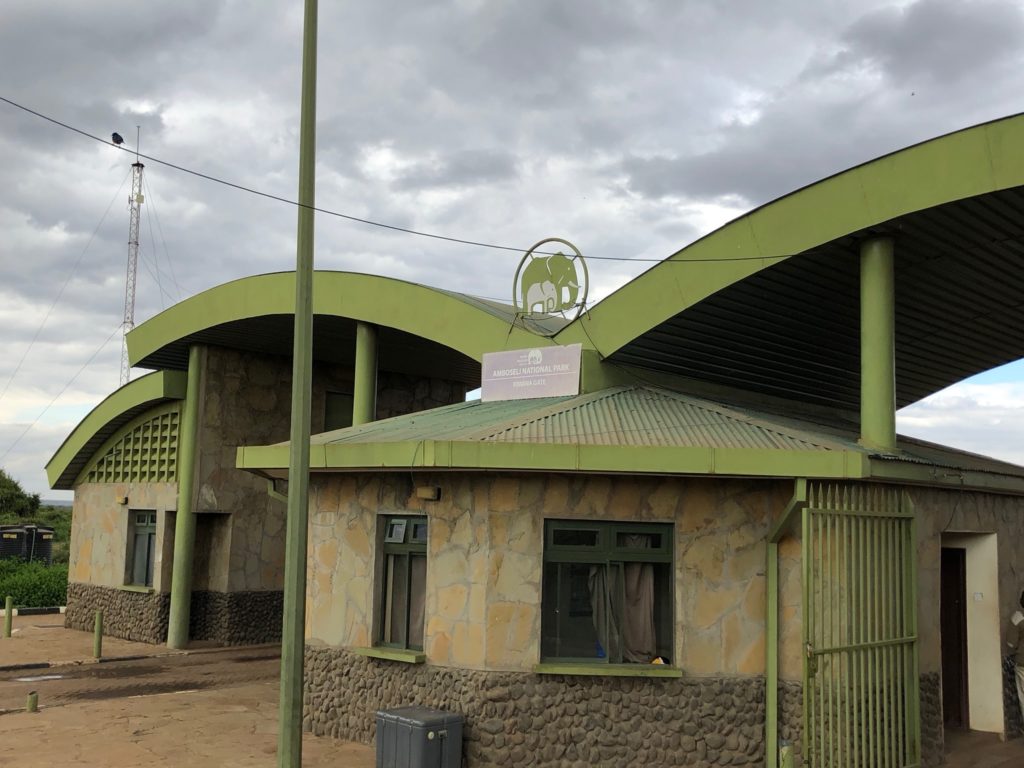 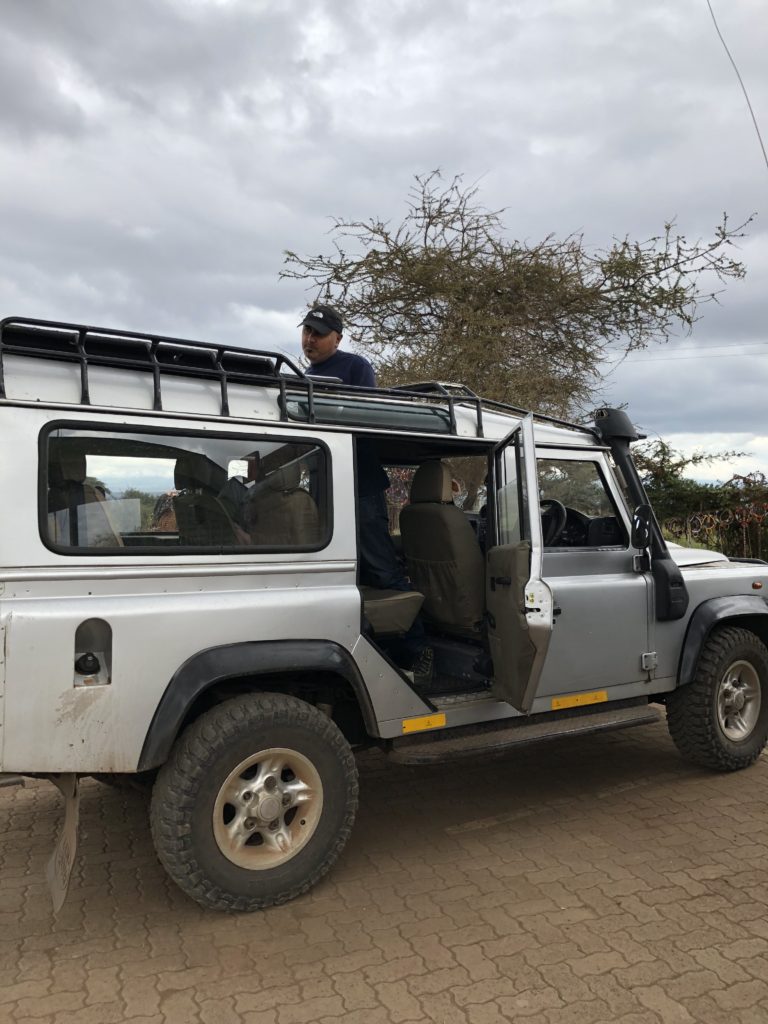 We were welcomed to the Park by a group of wildebeests, a sleeping hyena, orderly zebras, baboons, and many other residents as we drove around. 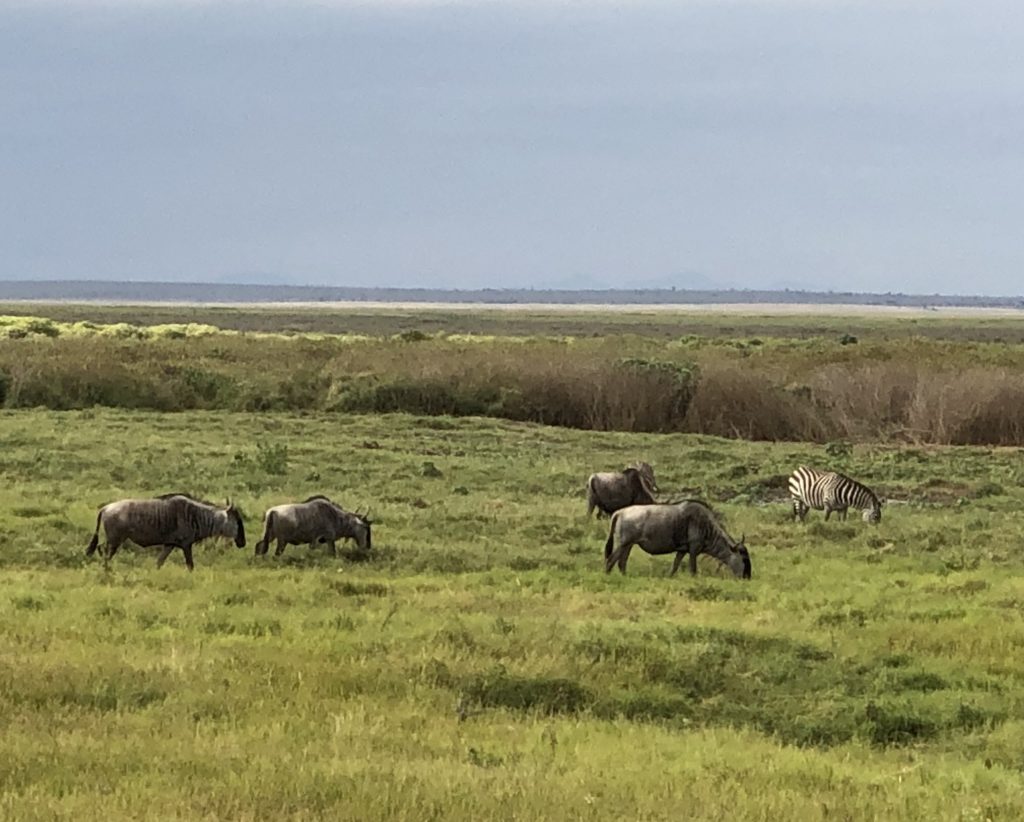 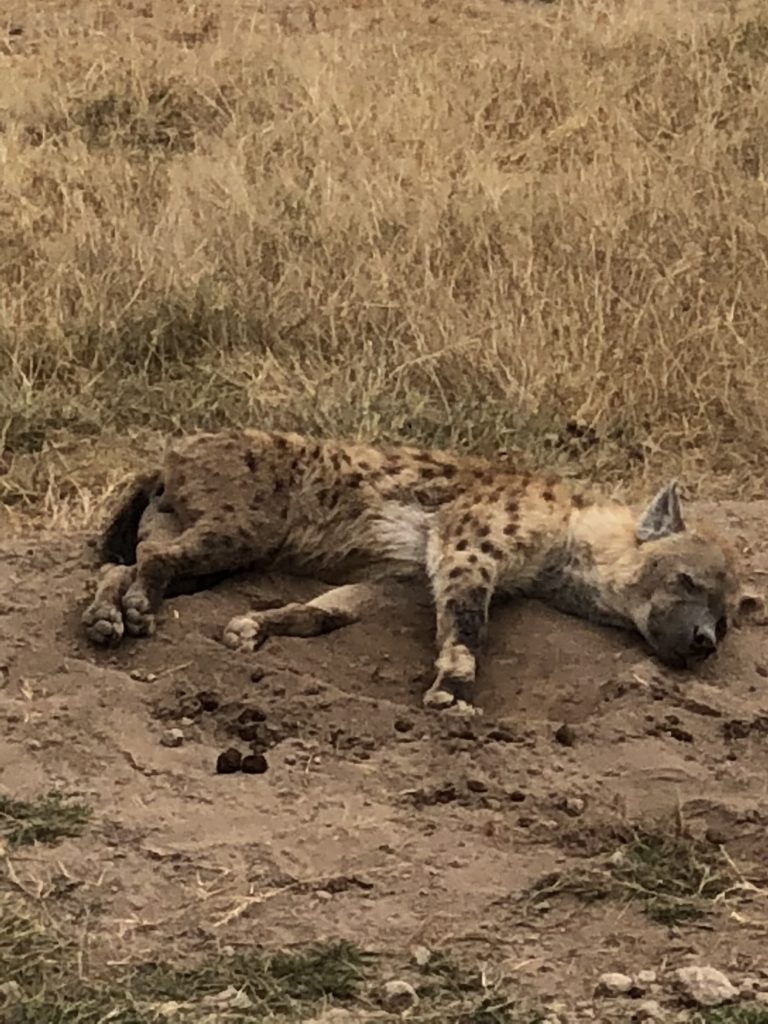 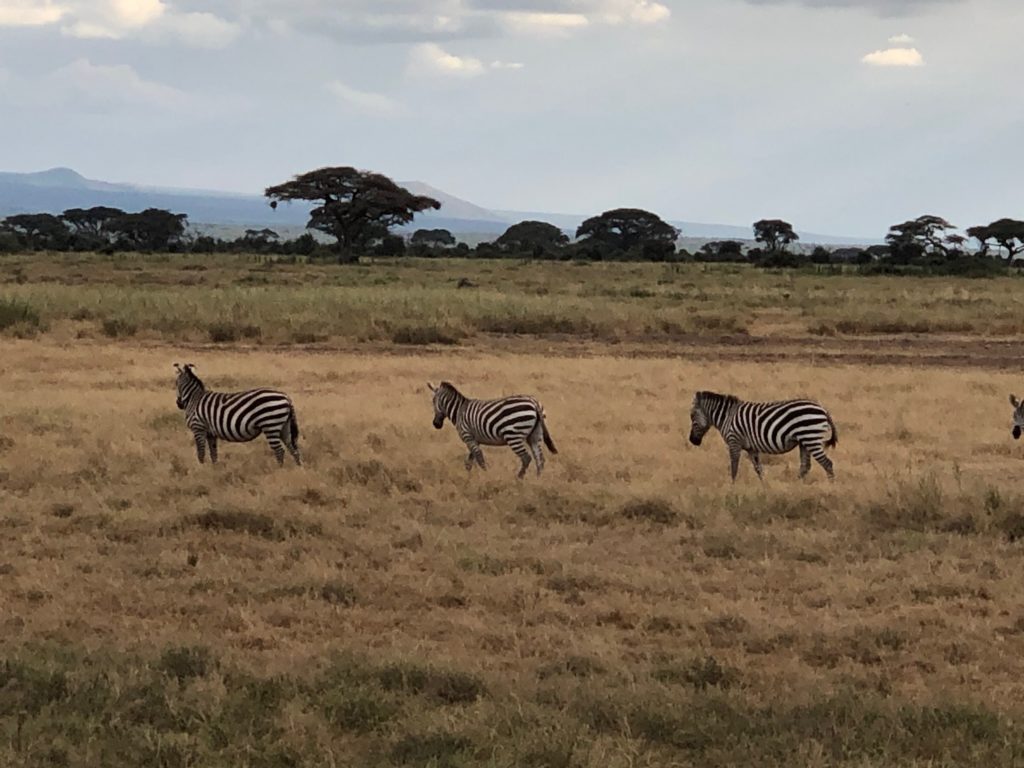 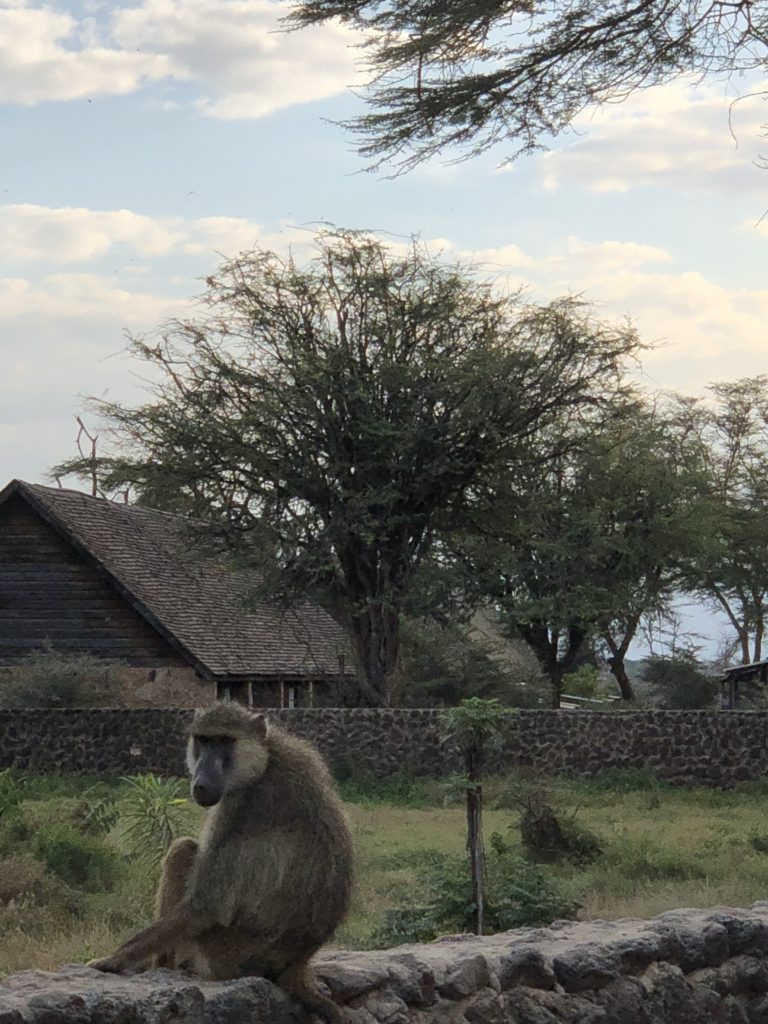 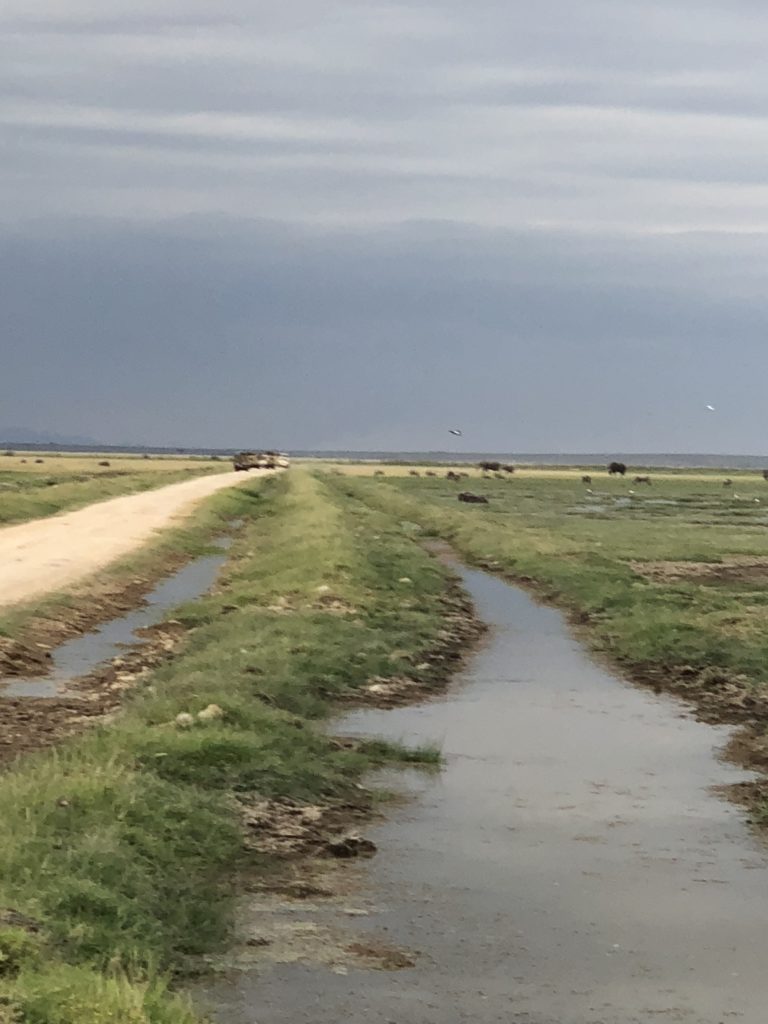 And finally, there they were!  An extended family of elephants crossed the road in front of us. 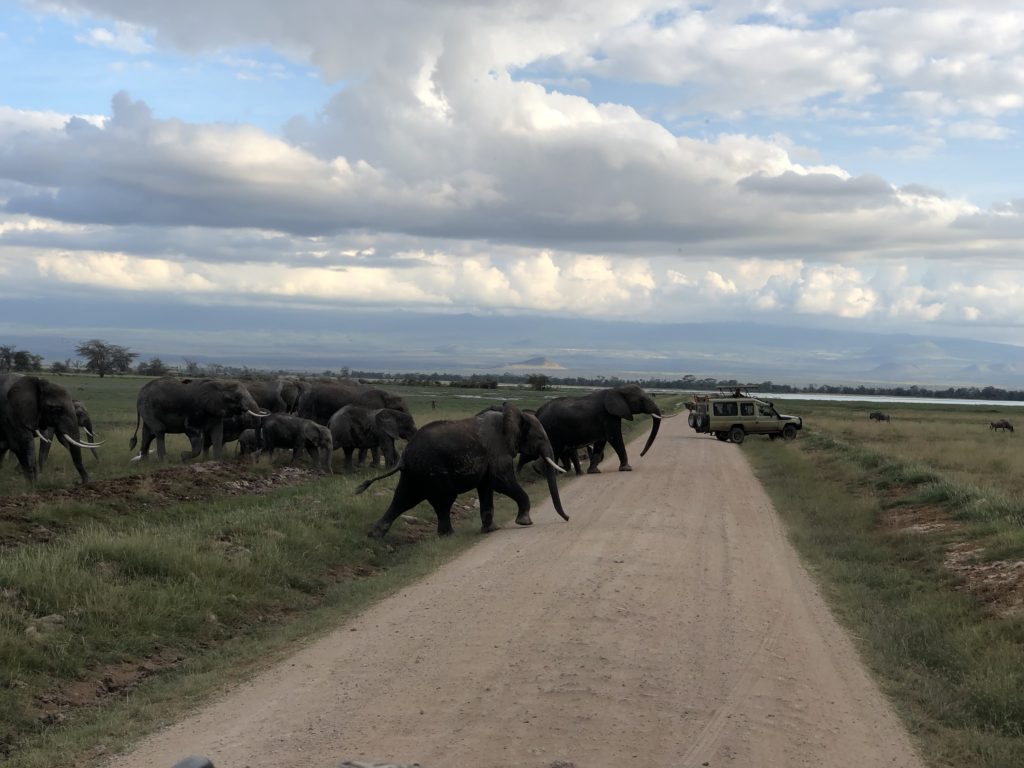 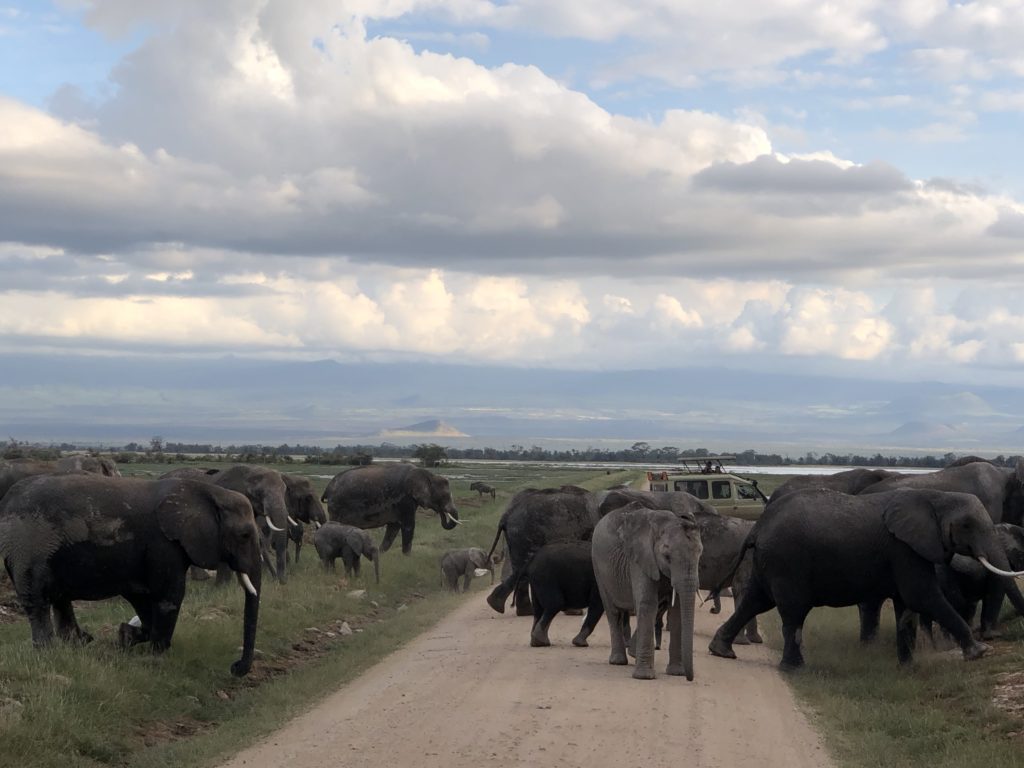 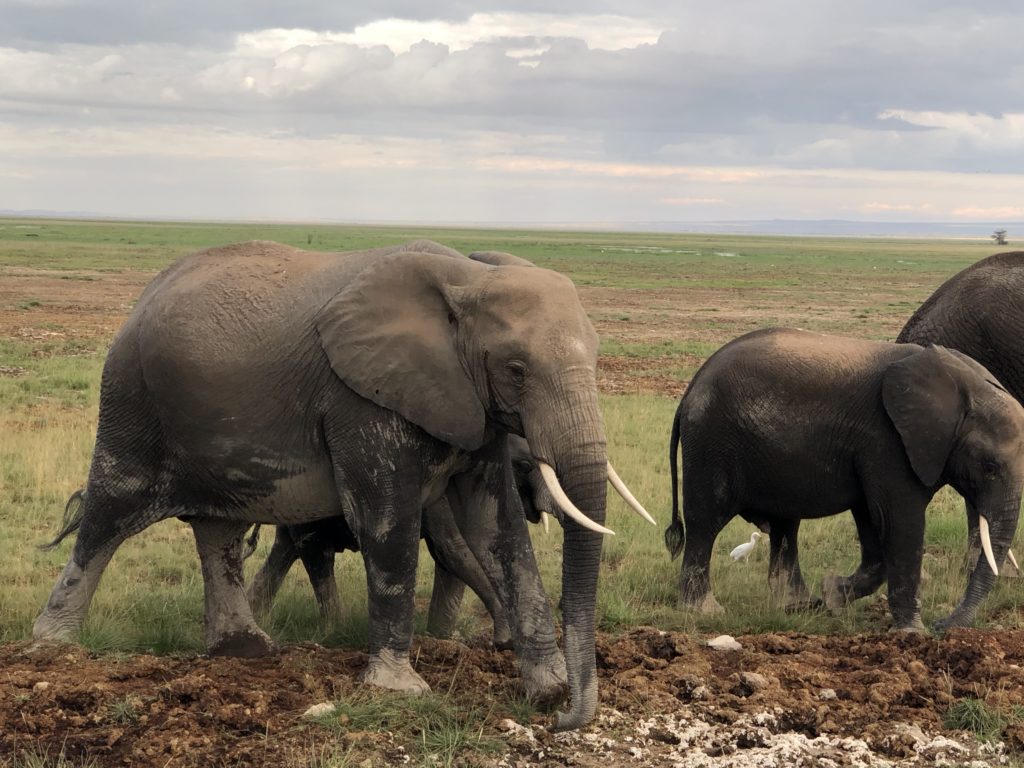 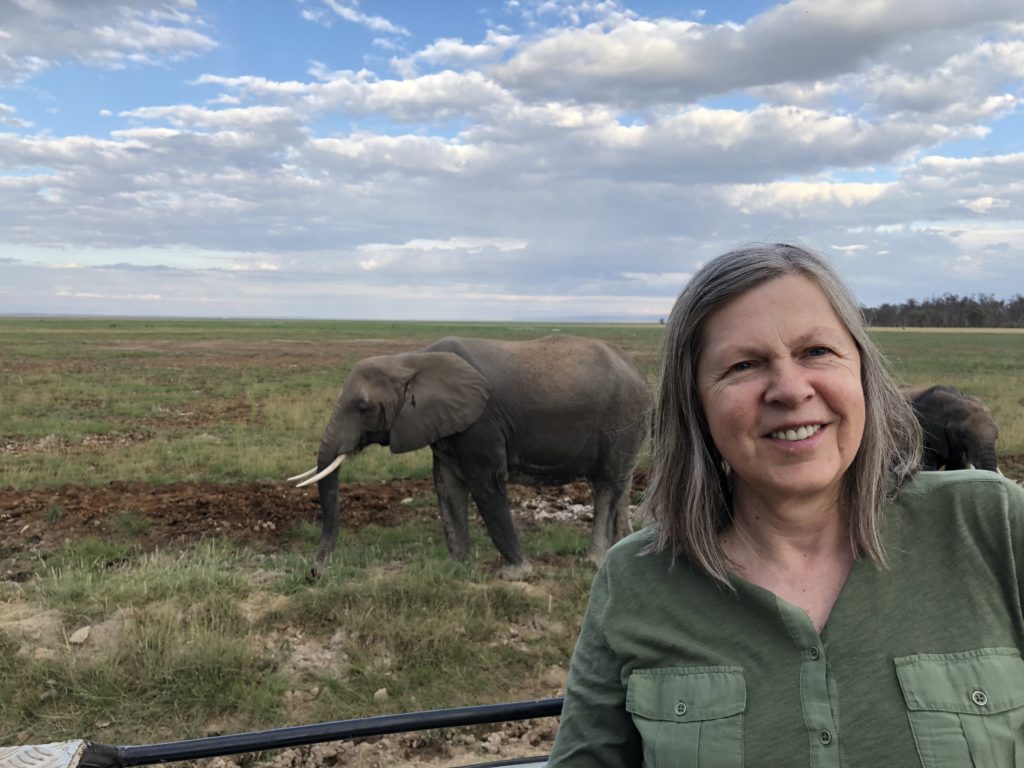 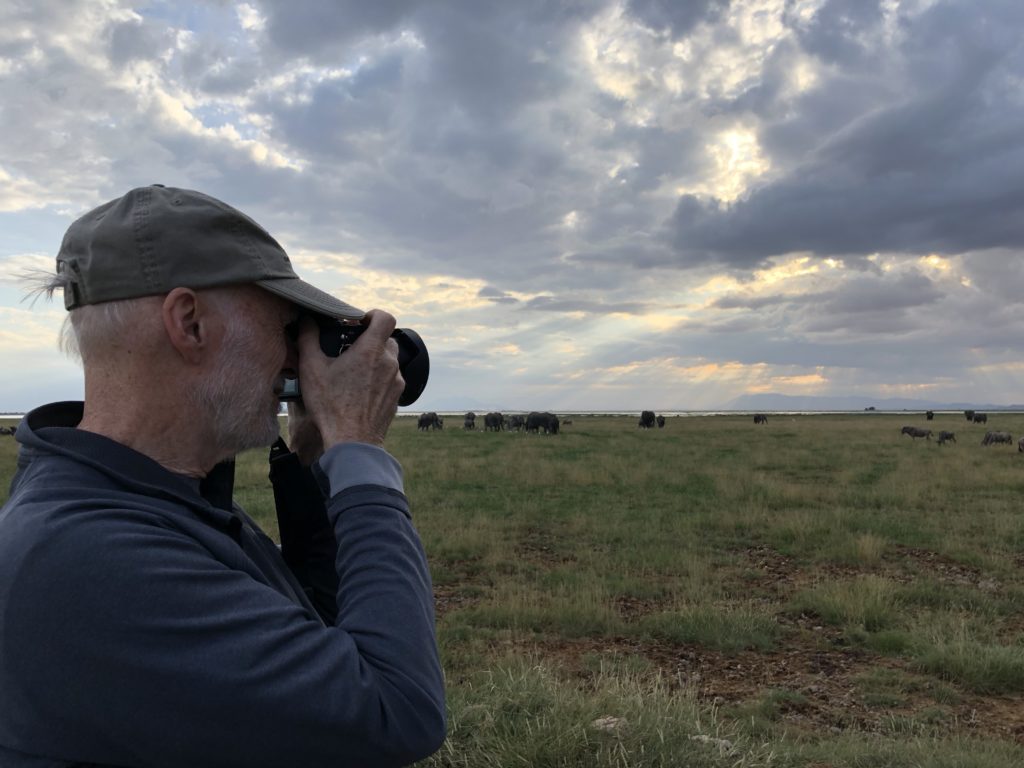 As the sun began to set and we were heading to the gate to drive back to the lodge, we saw the same elephant family again.  They caused a “traffic jam” that made us leave the Park a little beyond the six o’clock closing time. 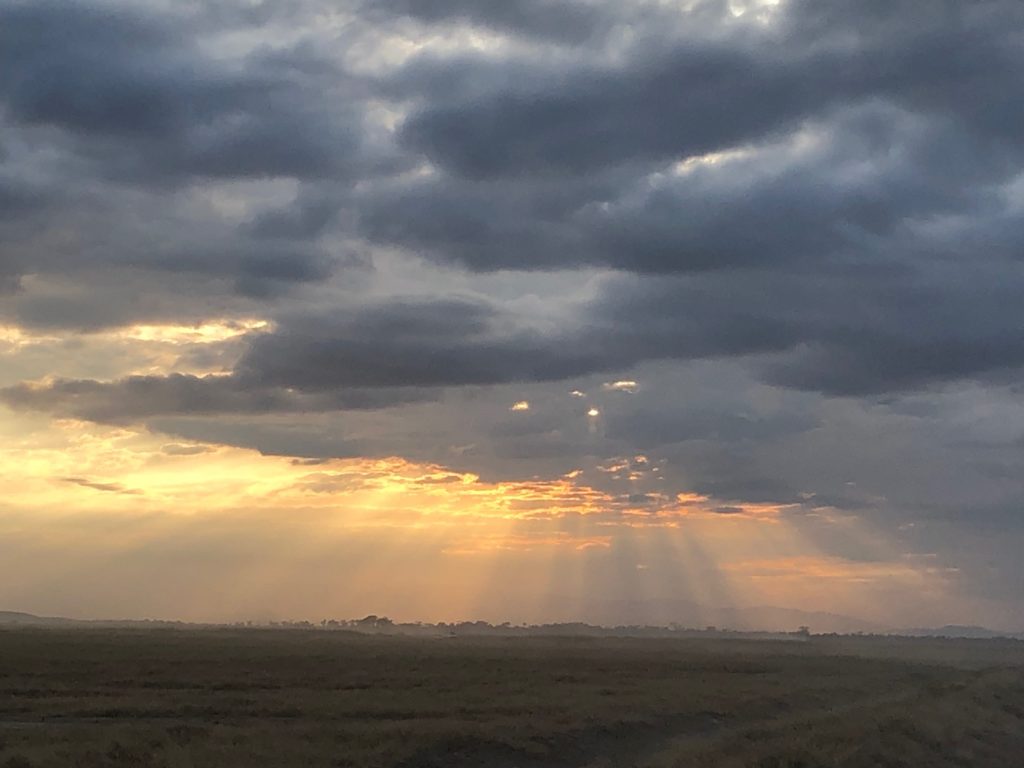 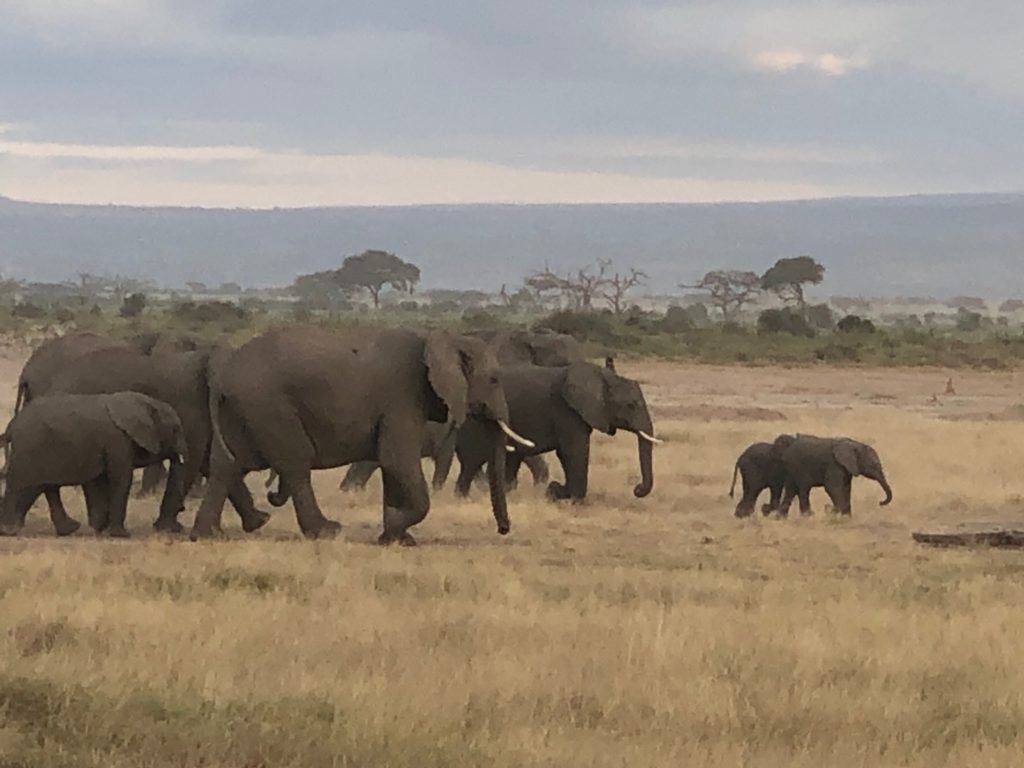 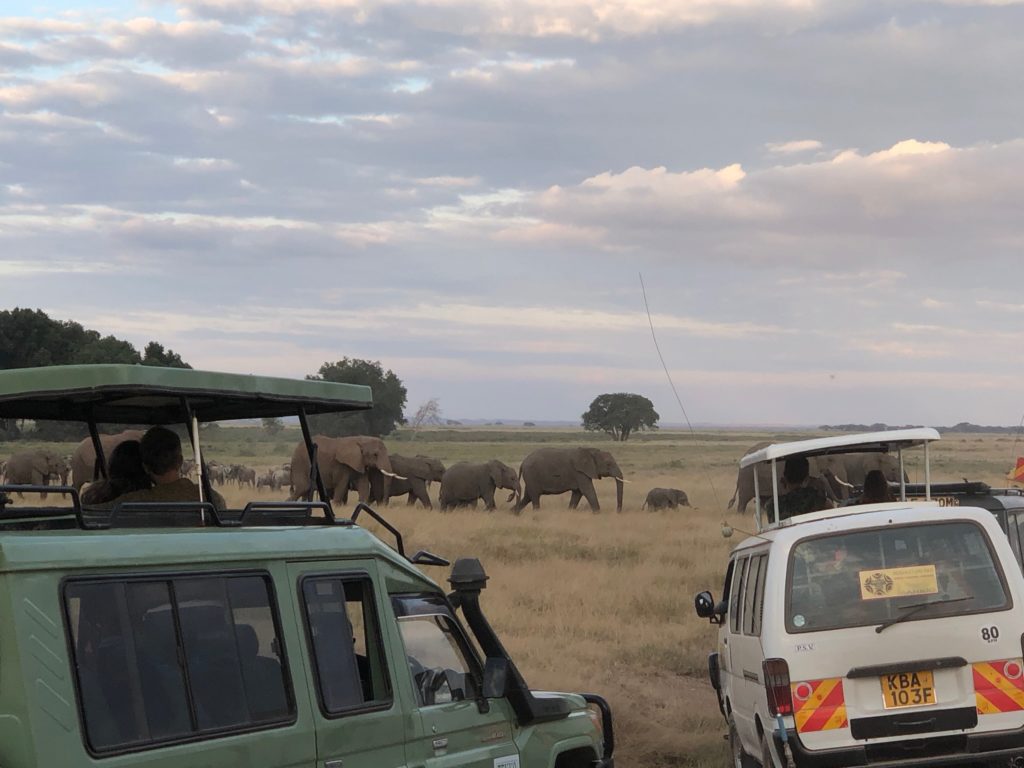 One last surprise was the giraffe in the headlights outside the Park as we were finishing the long but exciting day. 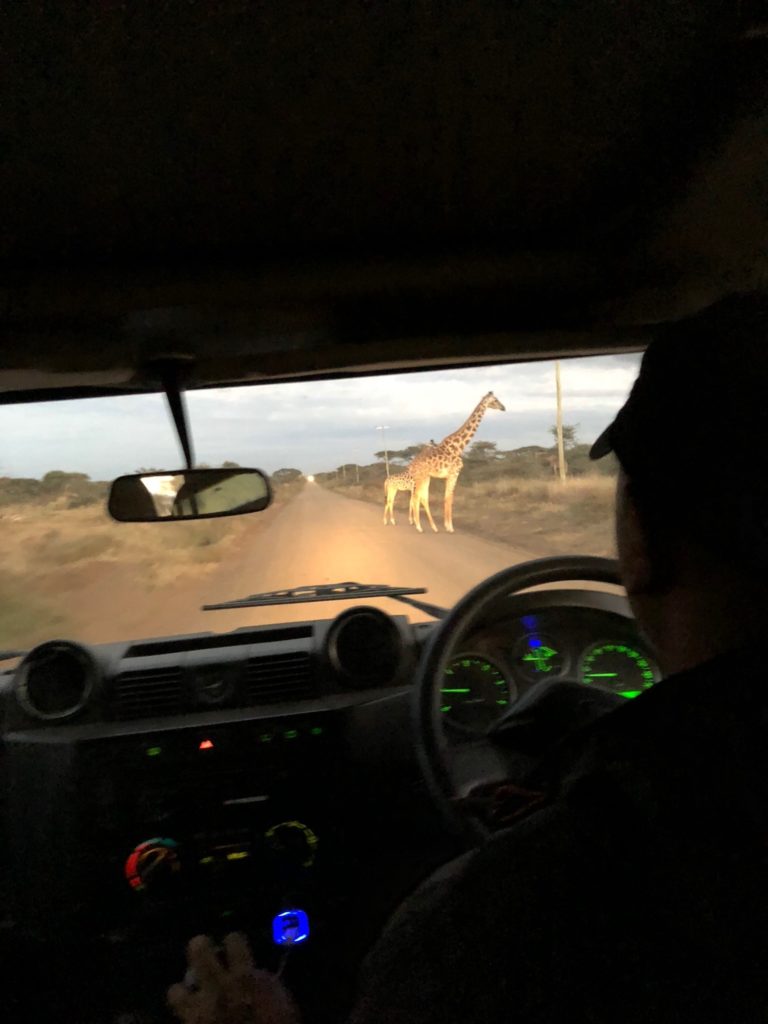 And so we said good night to our first day of our first ever African safari. 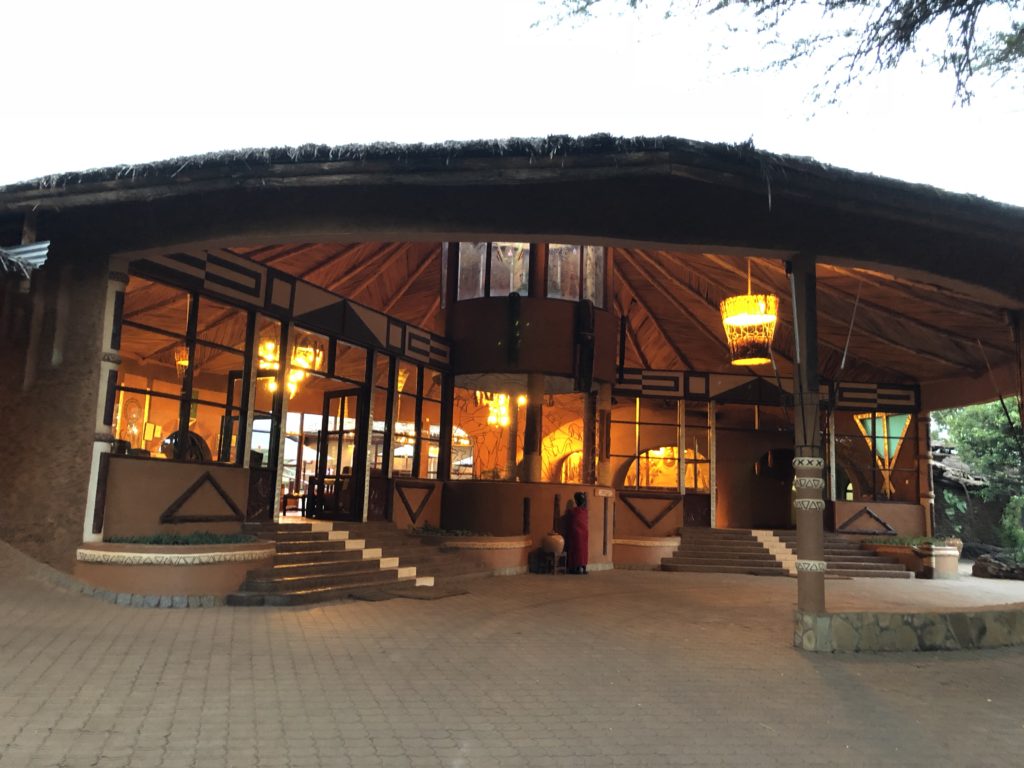 Leave a Reply to Mary Cancel