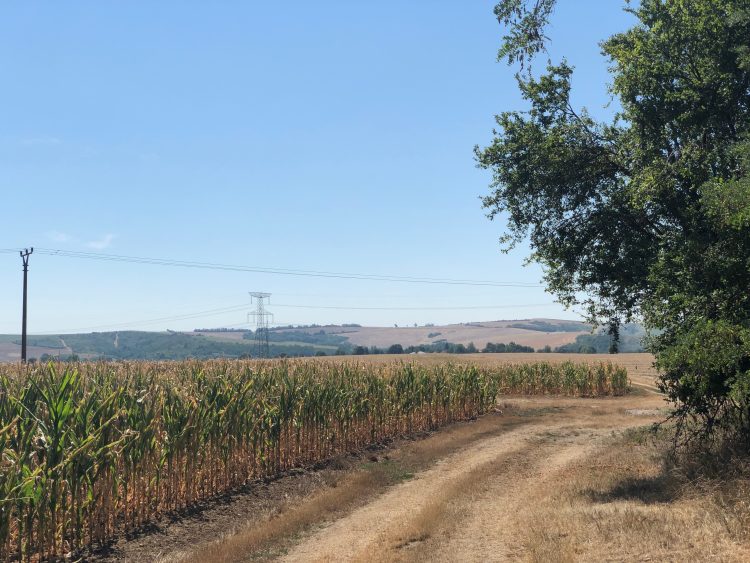 We took a long walk by my village through some fields I haven’t walked in almost 40 years. 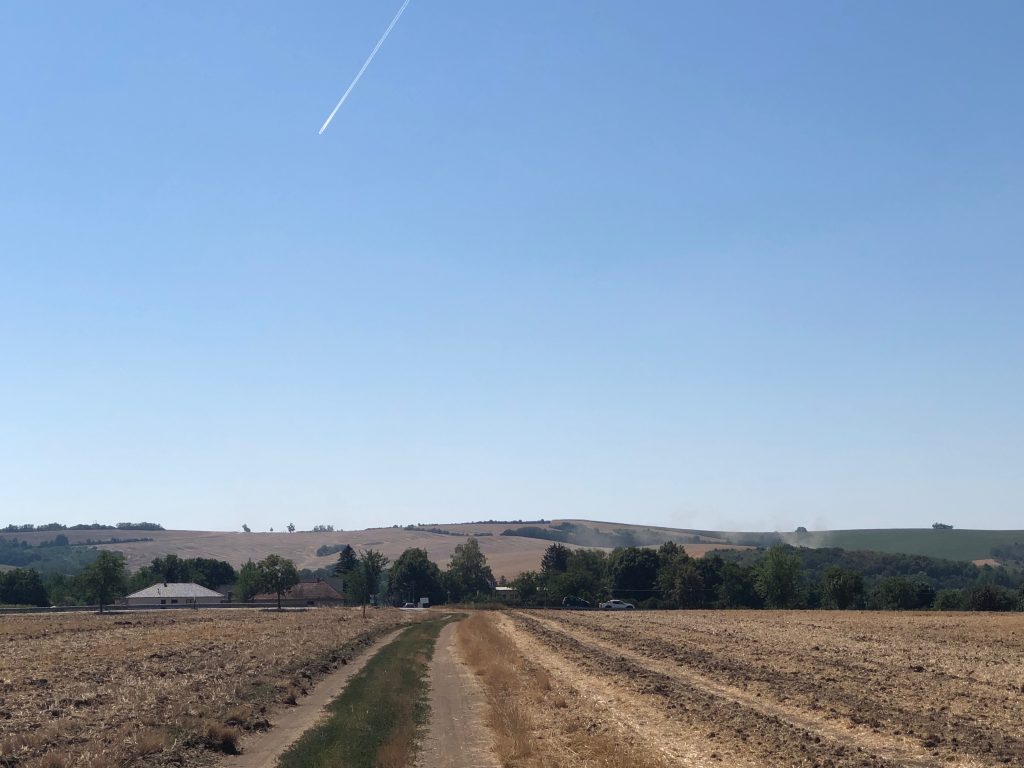 We planned on beating the heat but were not successful – we started only after 10 am. By the time we got to the fields we wanted to visit, the temperature was already about 30 ºC (about 85 ºF). Steve wanted to walk this part of the surrounding area for many years, so today his wish came true. 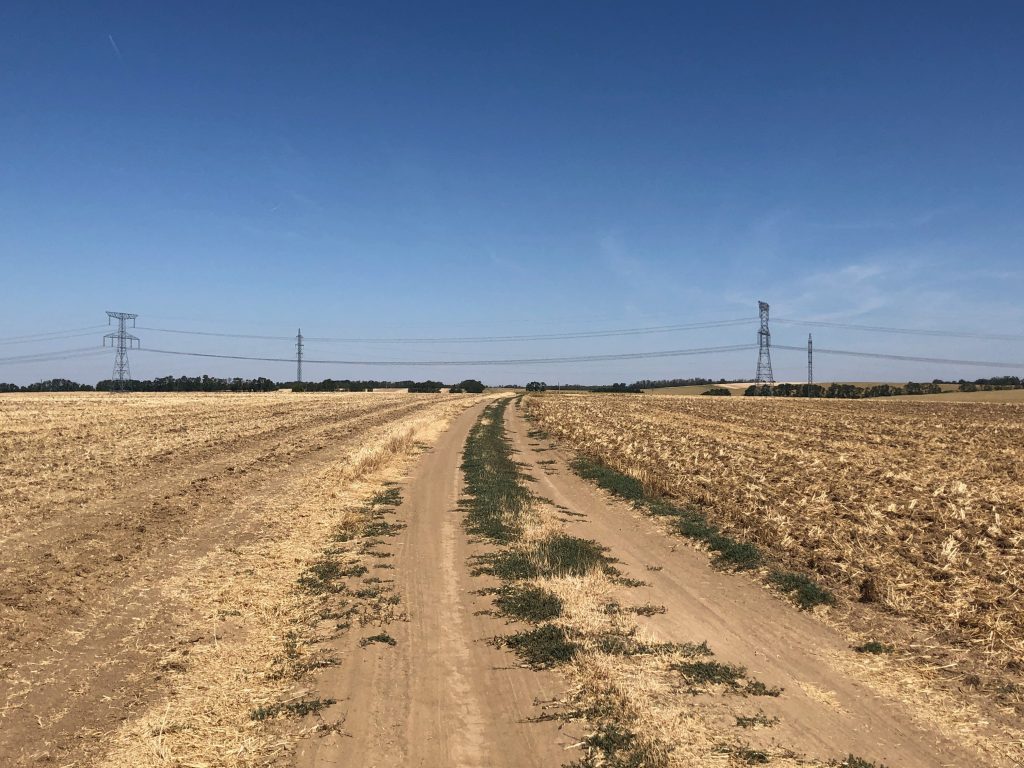 It was hot and dusty, many fields had already been harvested, and the extensive cornfields were extremely dry; but nonetheless it turned out to be a great time. We were the only people out there. As we were walking, we surprised first one, and then a few more of the resident deer. They were too fast for a quality photo. 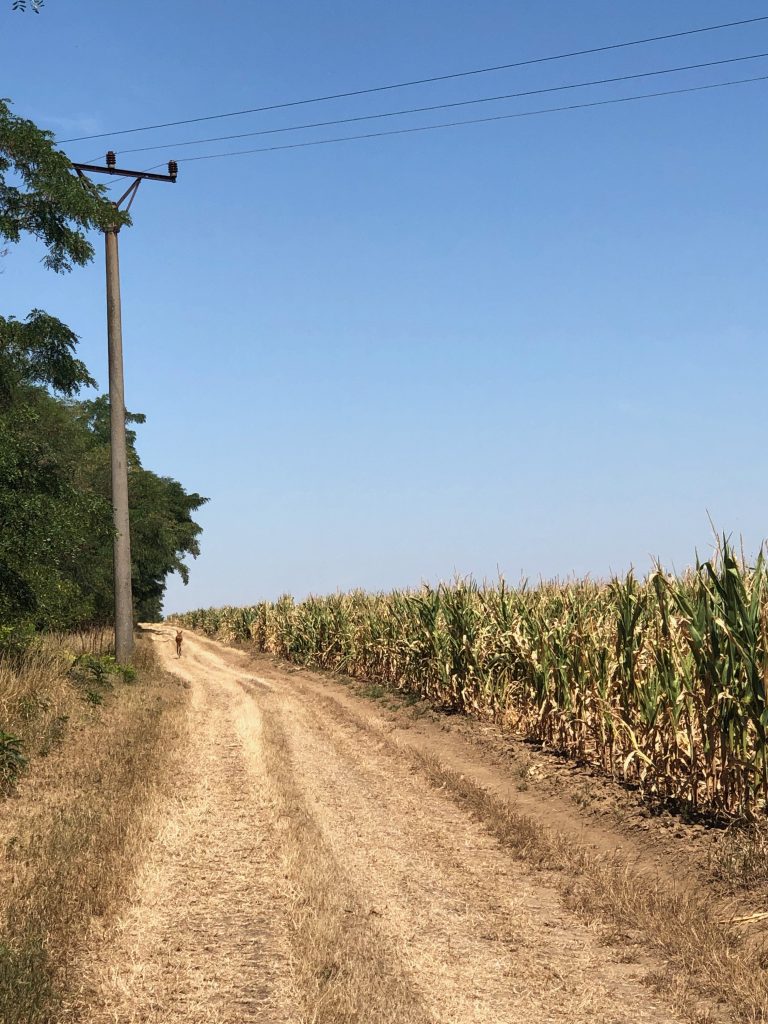 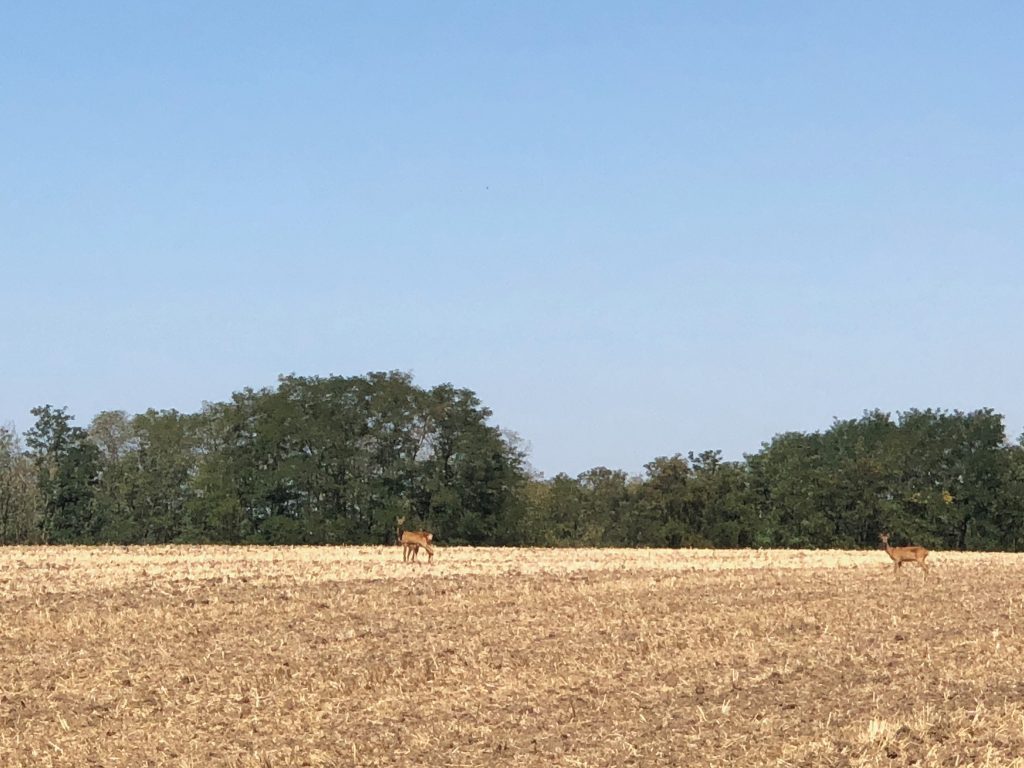 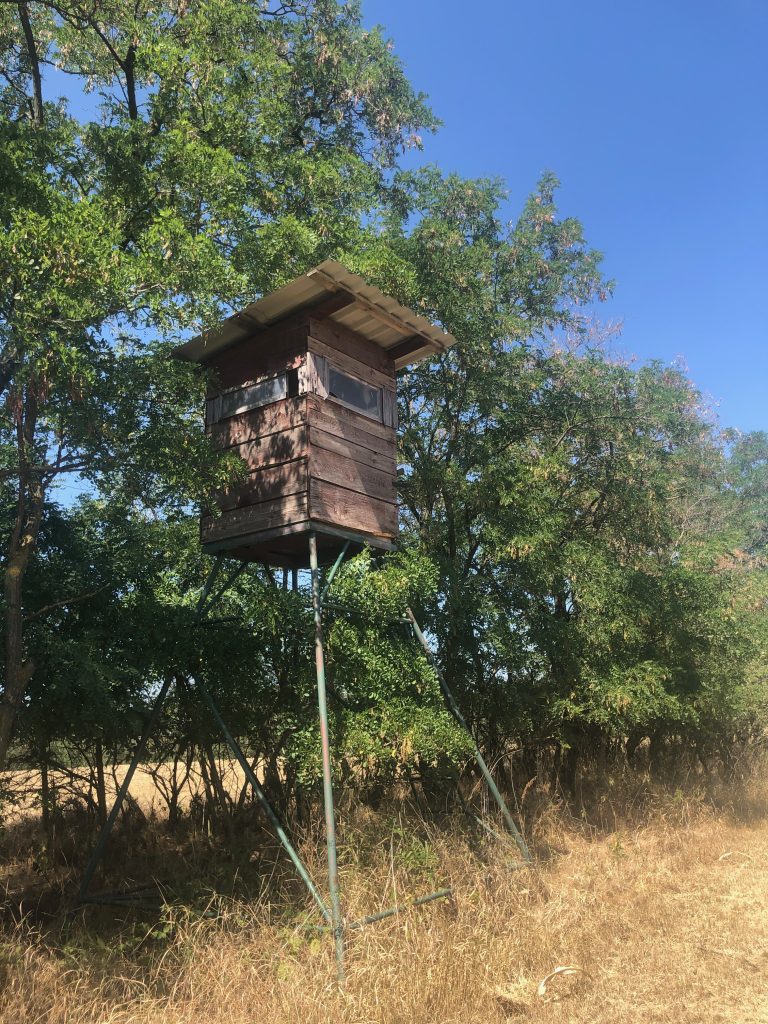 We tried to reach an area that I remembered from my childhood where there was a little lake, but there was no longer a path through the forest to this destination. 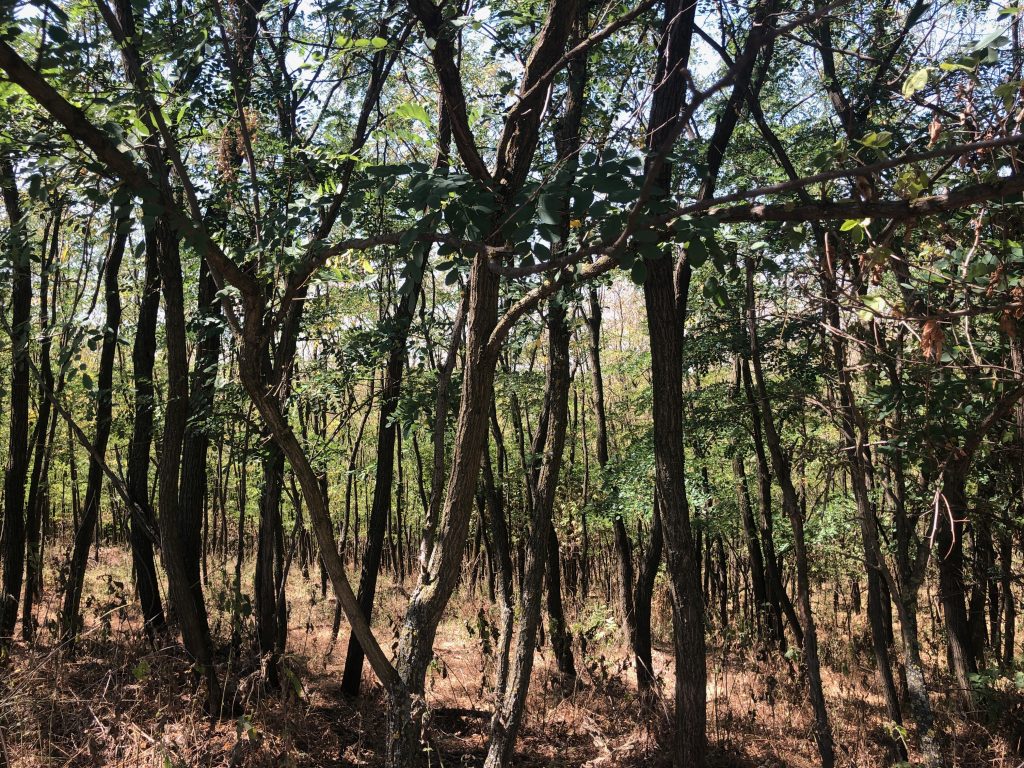 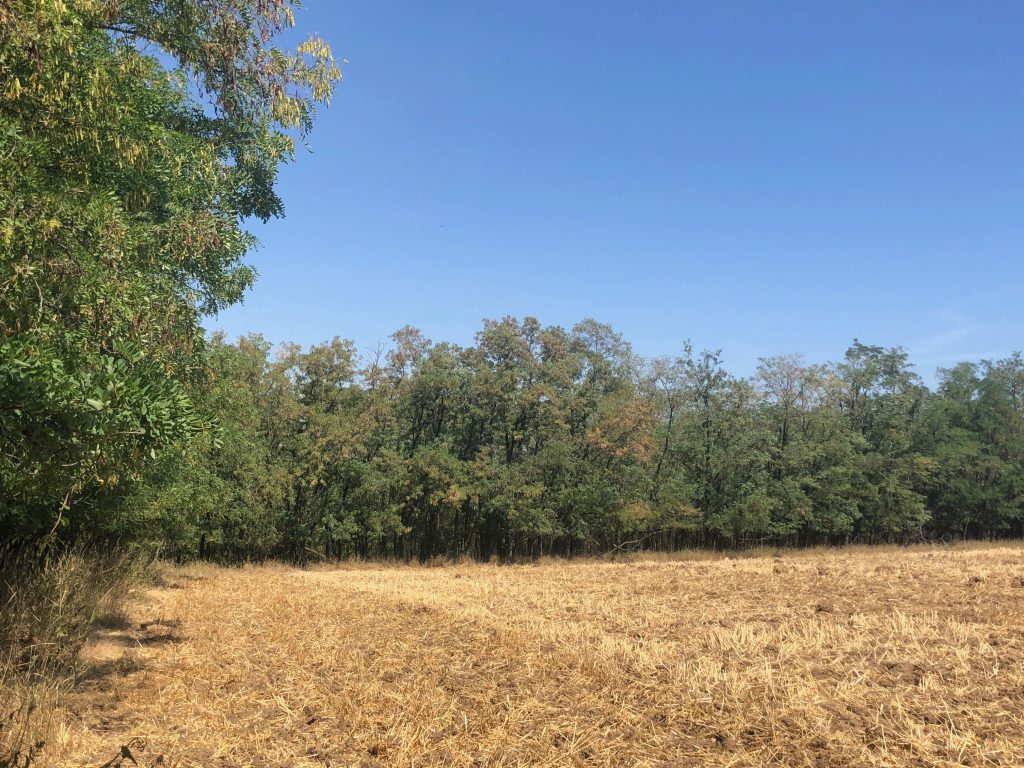 We turned back and headed home. At the edge of a harvested field, I found some leftover wheat stalks, which I collected for a readymade bouquet. 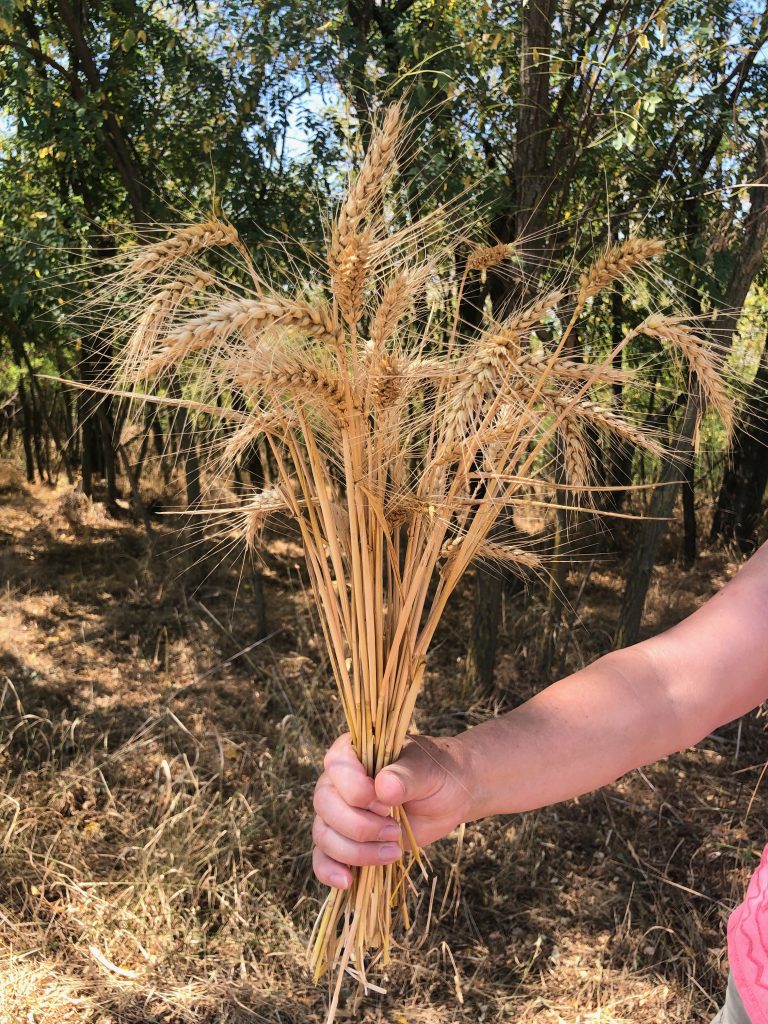 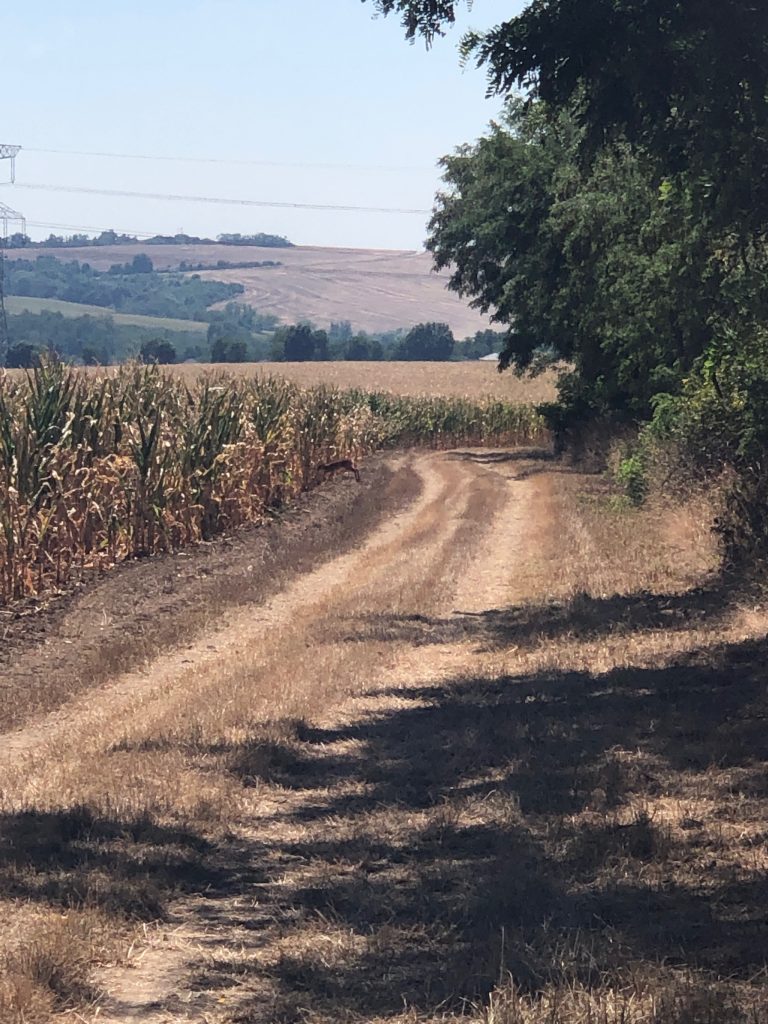 By the side of one of the cornfields, suddenly two antlered deer appeared and quickly disappeared again. We were not able to get a photo but Steve later determined that they were European fallow deer and he got very excited about his discovery.

Back in the village, we stopped at the school building (where I went to school and by which we lived in my childhood), which is in these days – among others – is a kindergarten and local library. It brought back many memories. 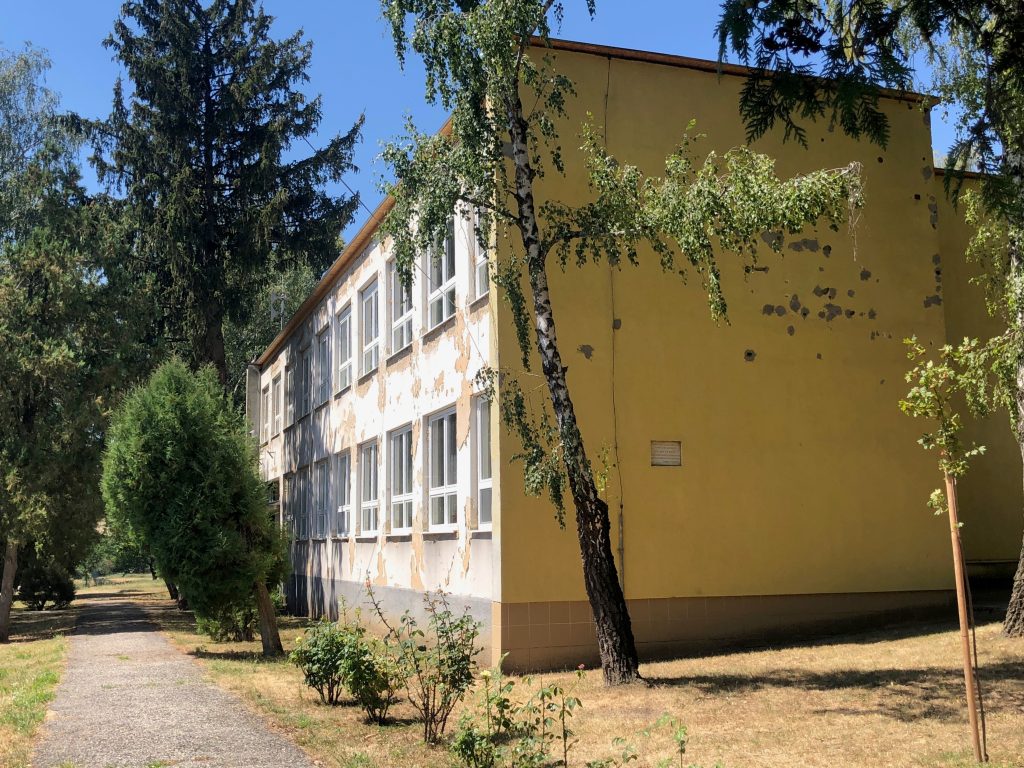 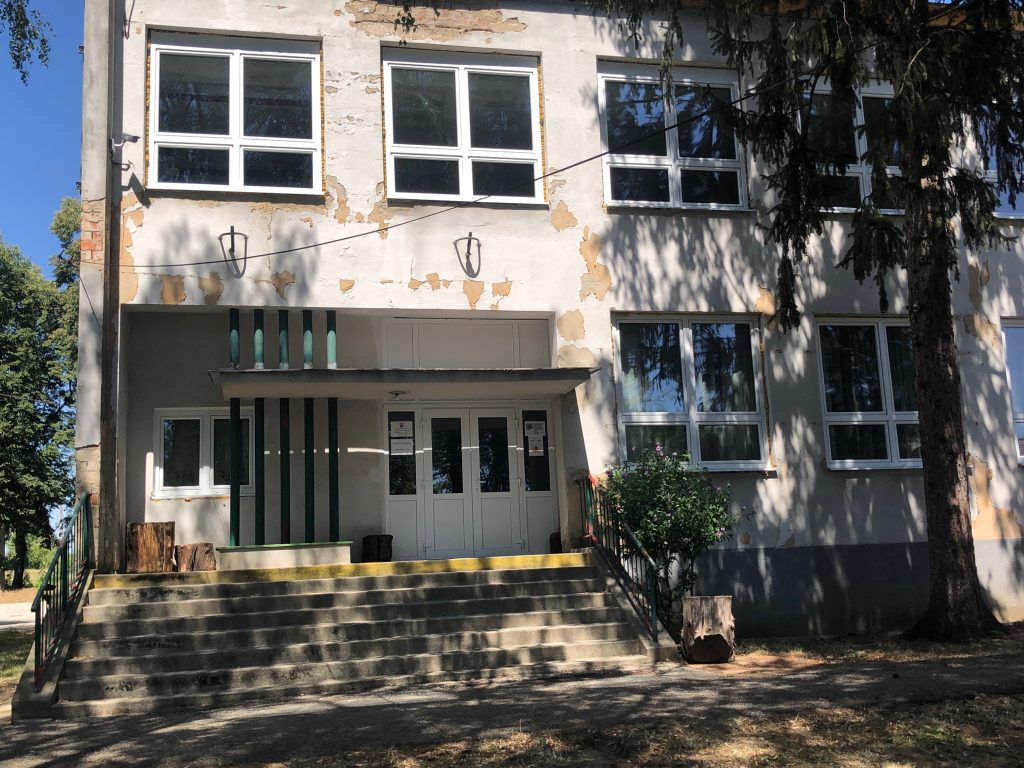 As we were walking the final stretch, we ran into my cousins, Irén, who invited us into her garden for a cold drink. We shared some family histories with her and later with her husband, Jani, when he got home. We promised to share our genealogies with each other.

A late lunch marked the end of our satisfying four-hour adventure. And there was still some time left to relax.