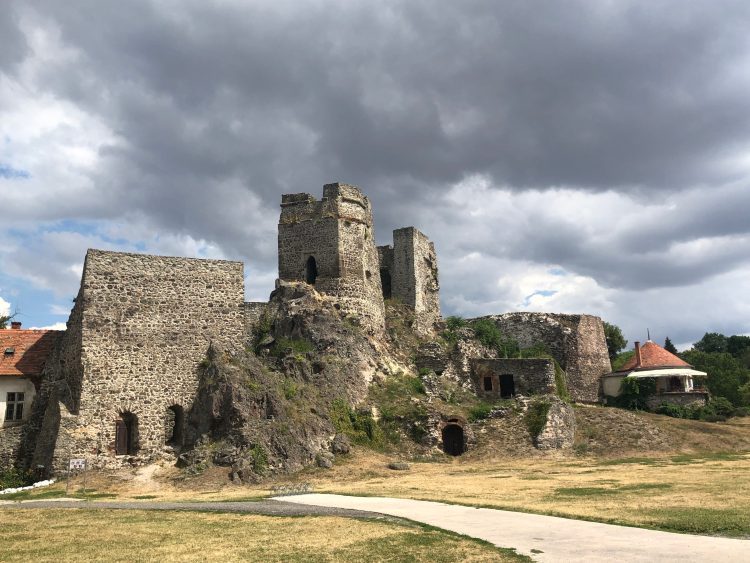 Today, we had our first daytrip during our Slovakia vacation to the town called Levice.

Got up early and wanted to take the train to the town, which is about 23 km from our village. However, no trains are running between June and November because of the renovation of the tracks. But there is a substitute bus transport; that’s what we took at 8 am, and after a 35-minute ride we arrived in Levice, the center of the region Tekov. This is the town where I, as a middle schooler, commuted from our village a few days a week to music school to study the violin. 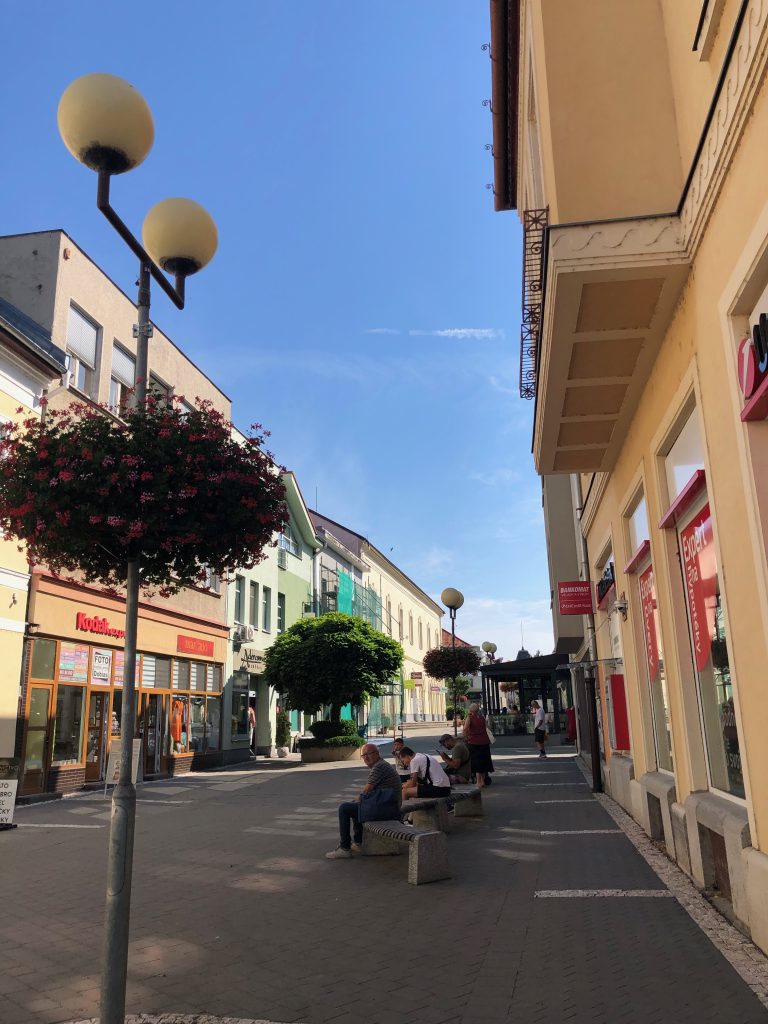 From the train station, we first walked to the Levický hrad (Levice Castle), which dates back to the end of 13th century. Once it was an important anti-Turkish fortress. Today, we can see the conserved ruins and on the lower castle grounds the Dobóovský kaštieľ (Manor House of Dobó). It houses the Tekovské múzeum (Museum of Tekov). 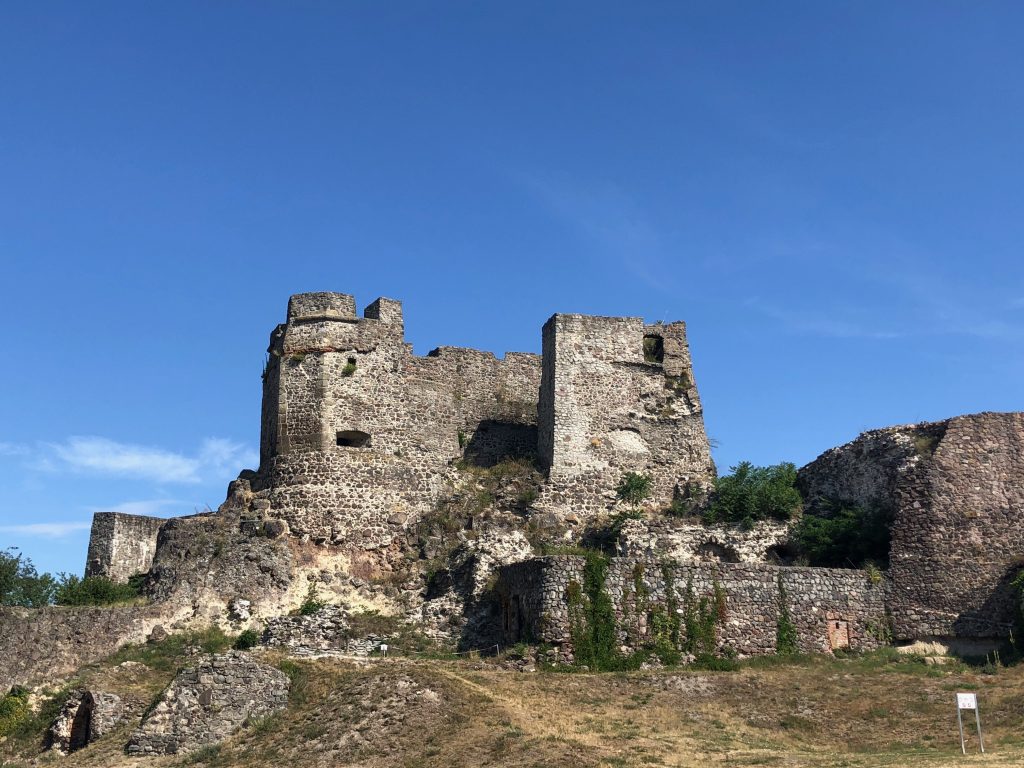 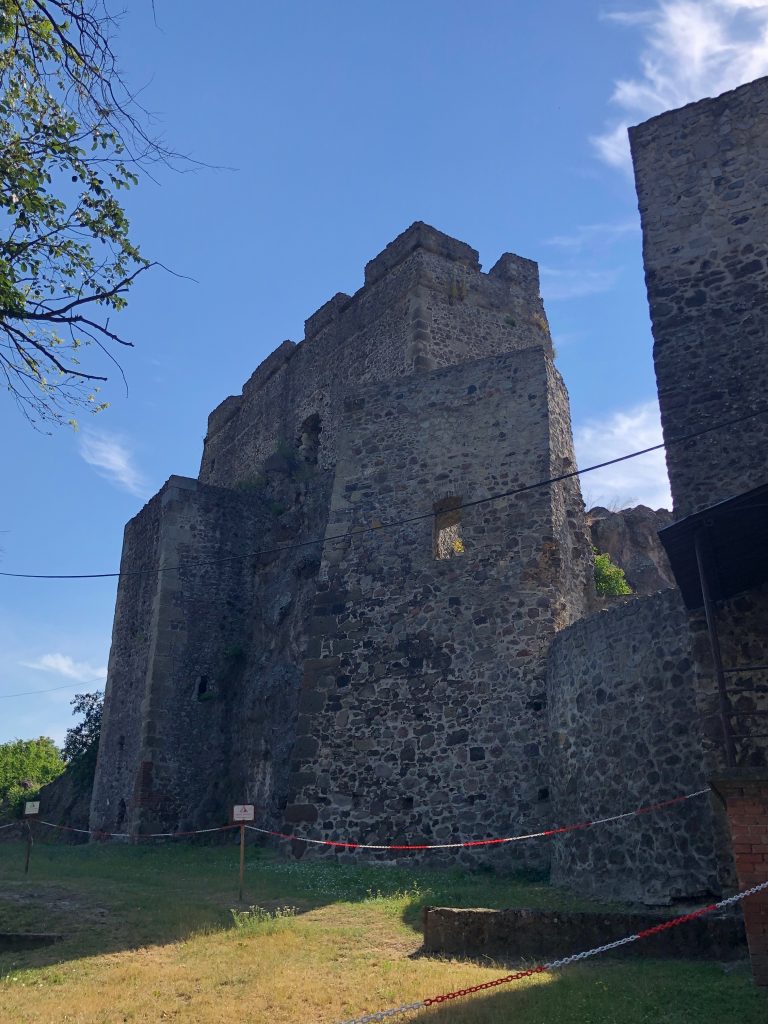 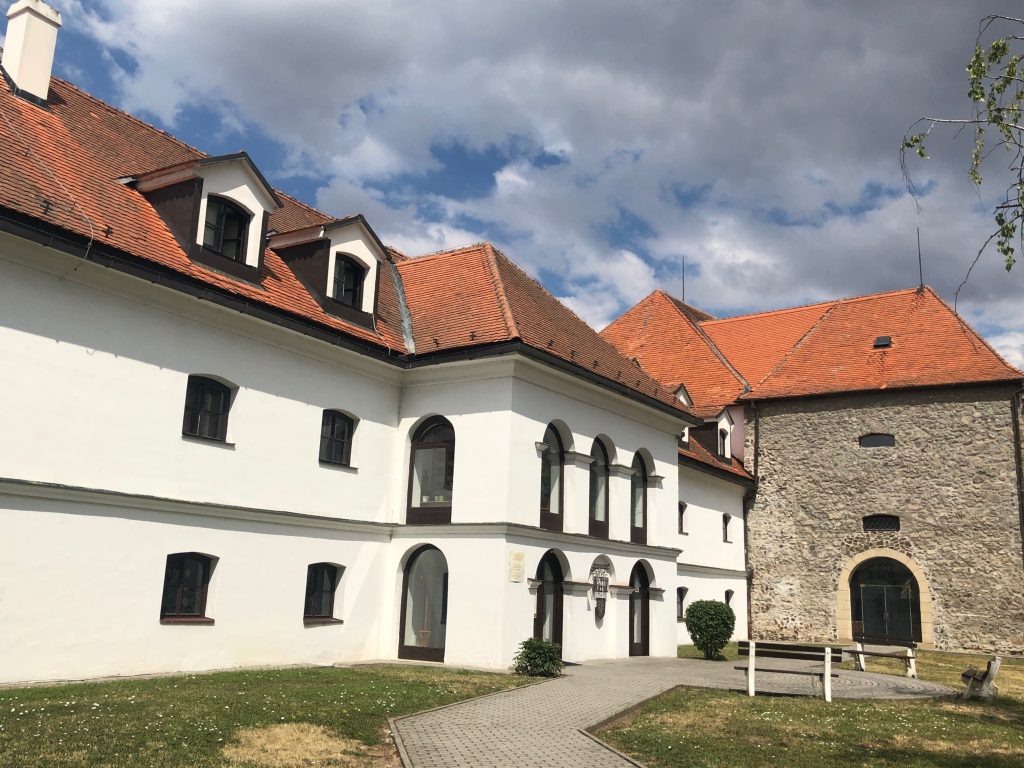 In the museum, when we wanted to pay the entrance fee and the lady learned that we were from America and were visiting family and friends after three years, she waved the fee for us and said welcome home and that we should enjoy the museum. What a nice surprise!  The museum was very nice with its historic, ethnographic, and archeological collections. We also enjoyed an exhibition devoted to the history of pharmacies of the region. We also saw a collection of photos by a photographer Ladislav Bielik, born in Levice, from the event of the Russian and Warsaw Pact troops invasion of Czechoslovakia on August 21, 1968. One of his photographs, “The Bare-chested Man in front of the Occupiers’ Tank circulated across the globe. It became an iconic image bringing a deep and permanent legacy about the threat of injustice and violence committed by those in power.”

Our next stop was the beautifully restored Levice Synagogue. The Ashkenazi synagogue was built in 1883, first rebuilt in 1902, and most recently in 2012. It serves now as a cultural center (there is no Jewish population anymore in this town of about 37000 people). Our guide told us the history of the building and the renovation process – all the details; he was really generous with his time (all for 50 Euro cents per person!). 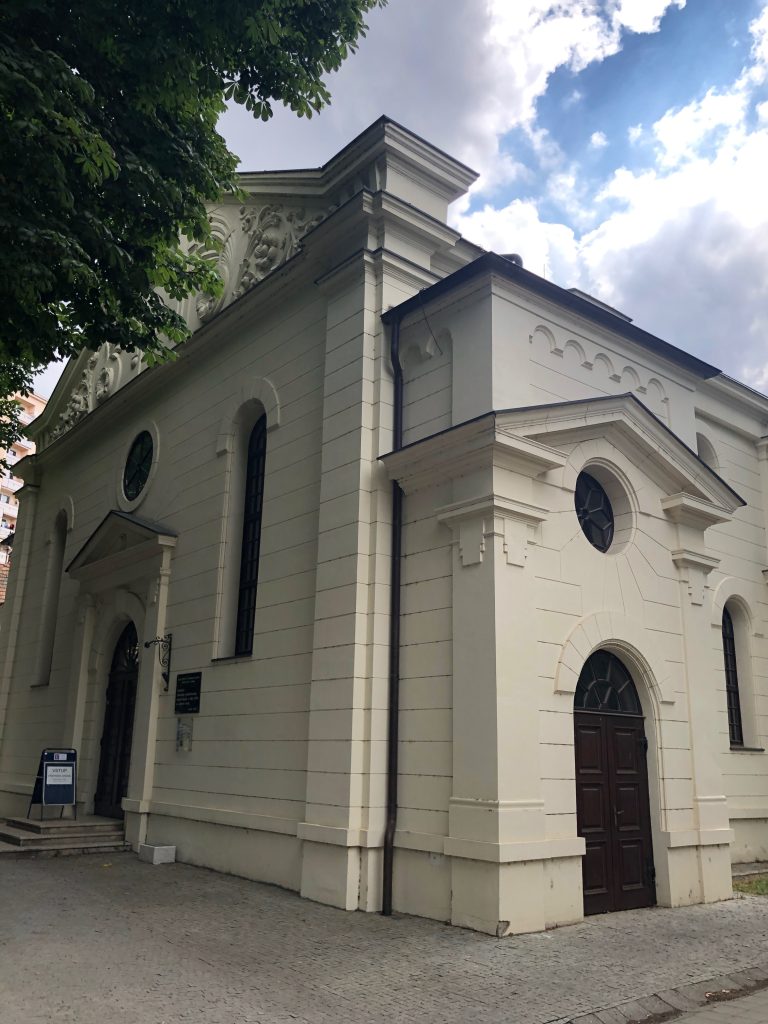 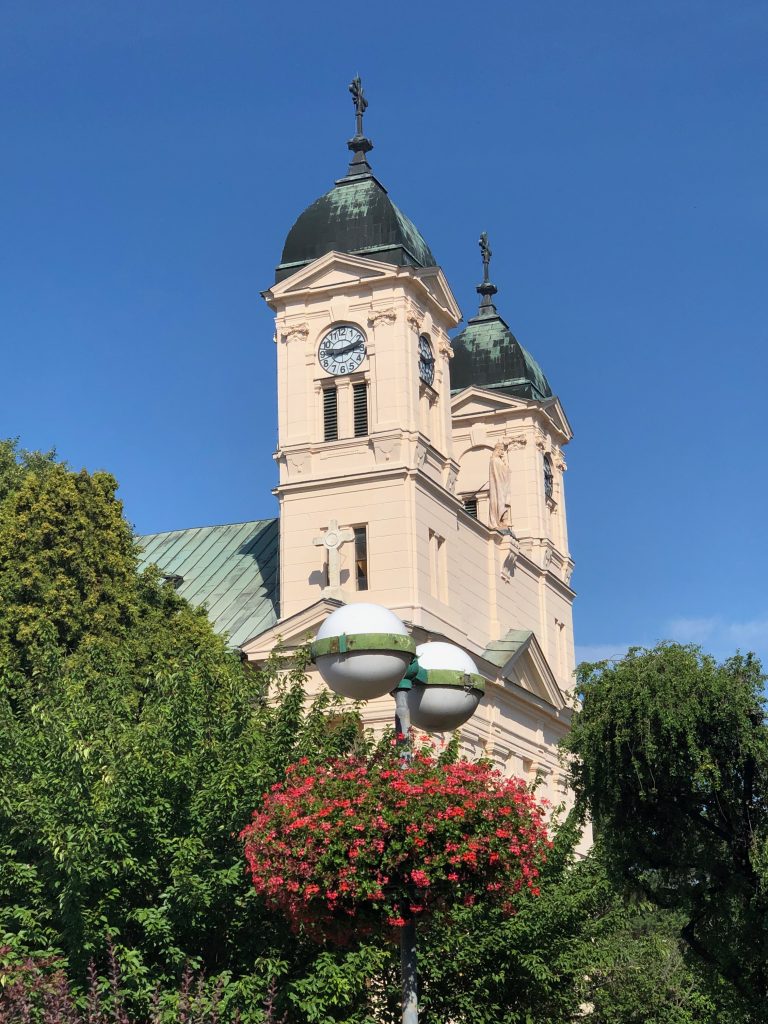 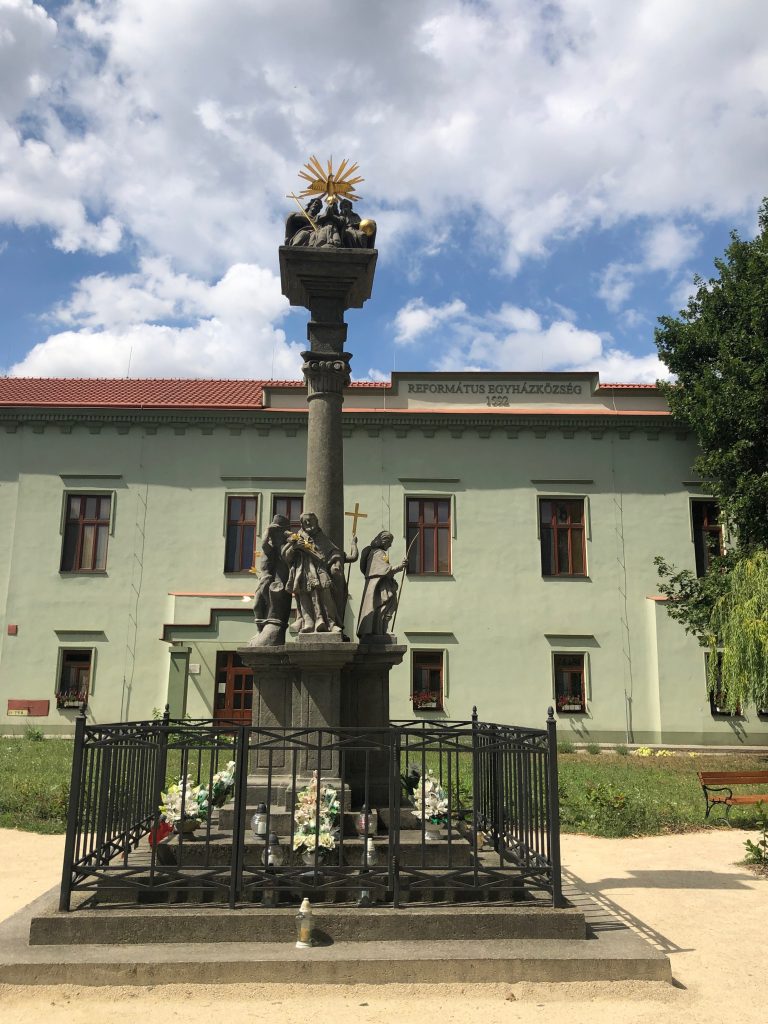 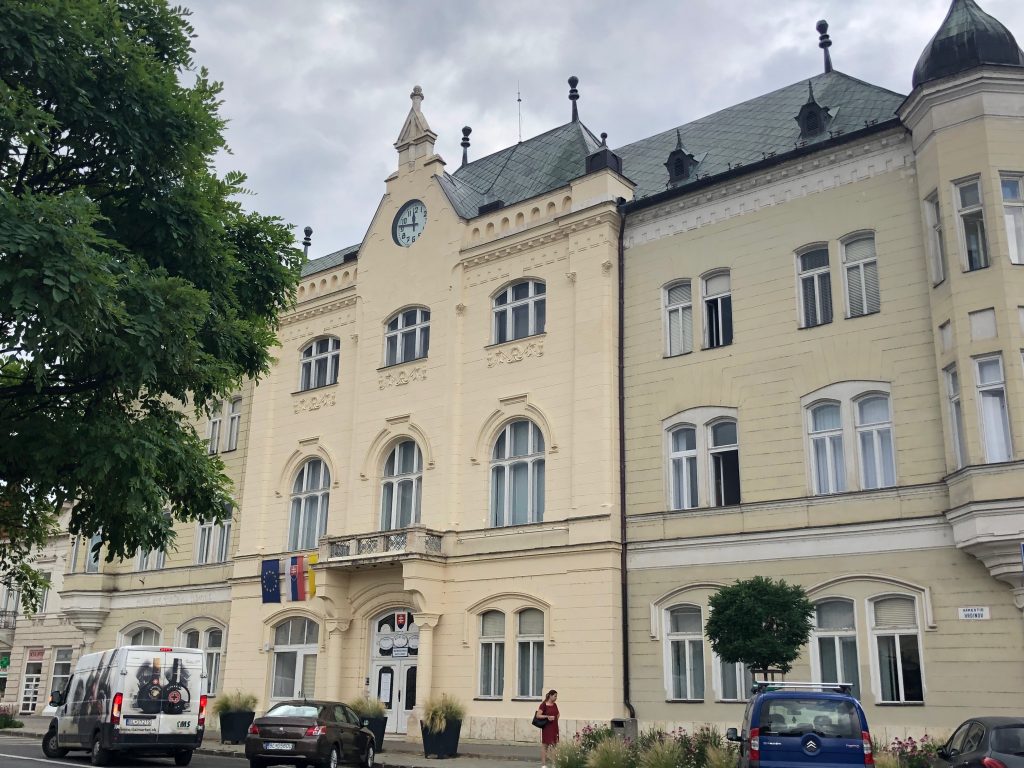 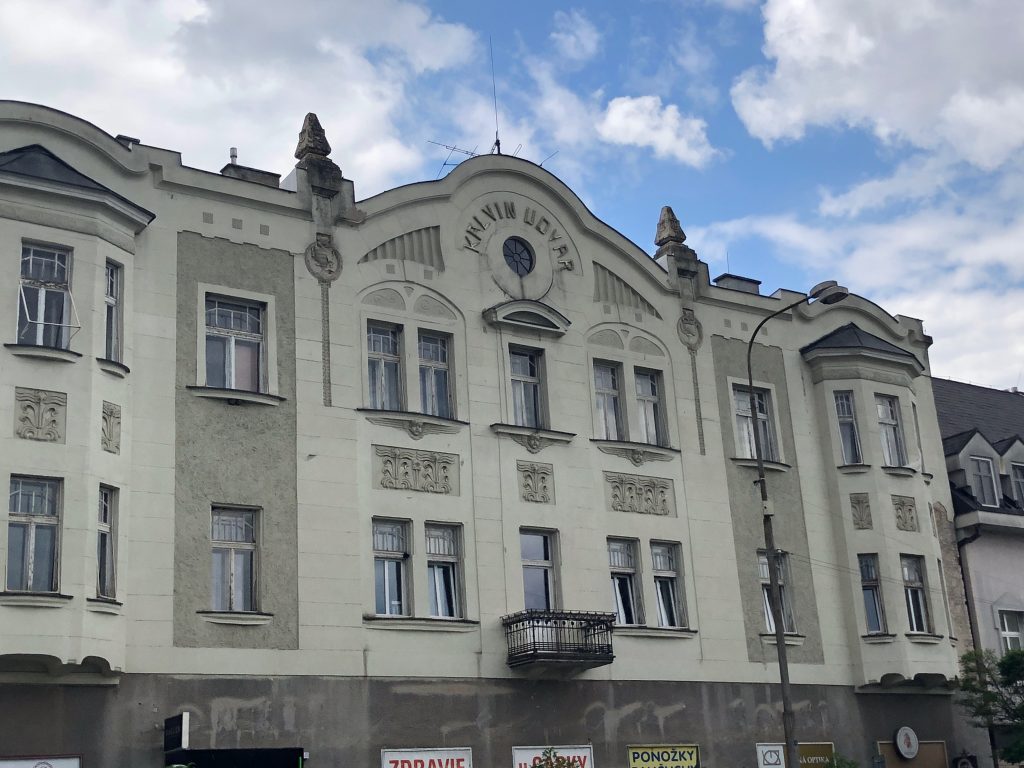 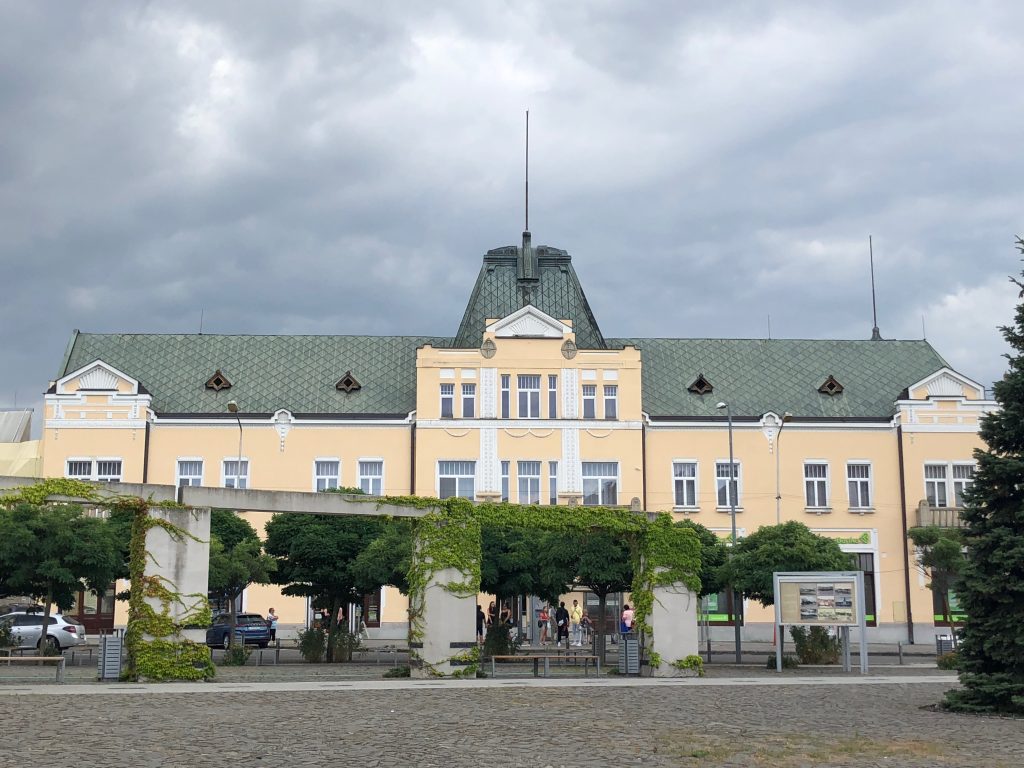 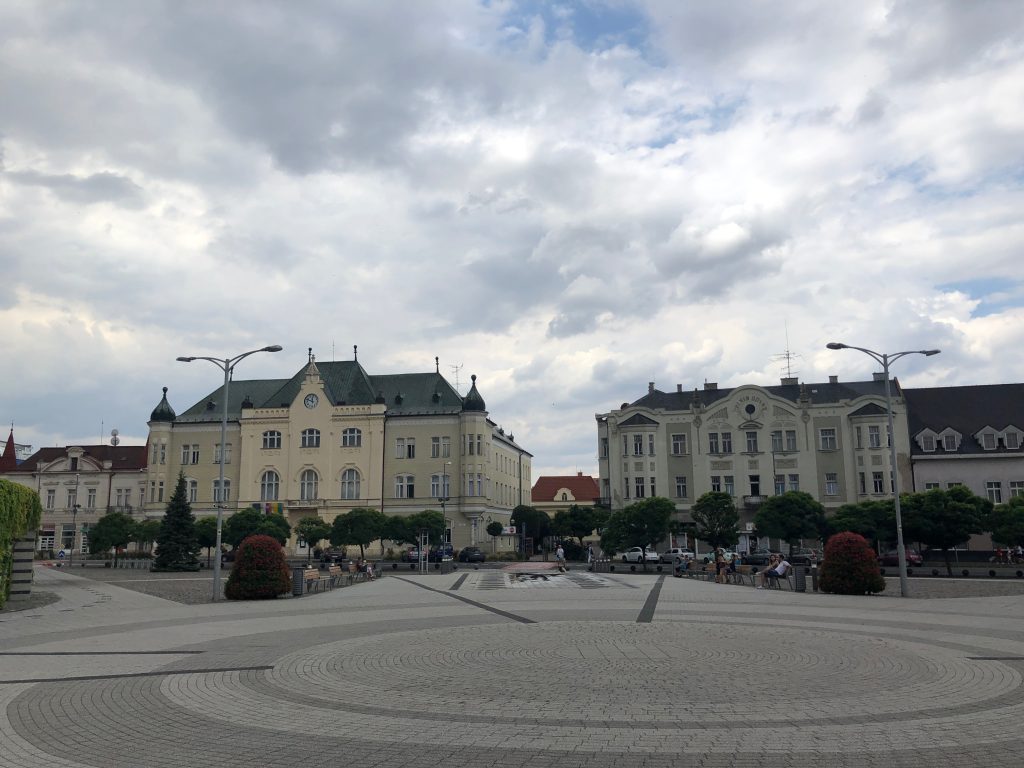 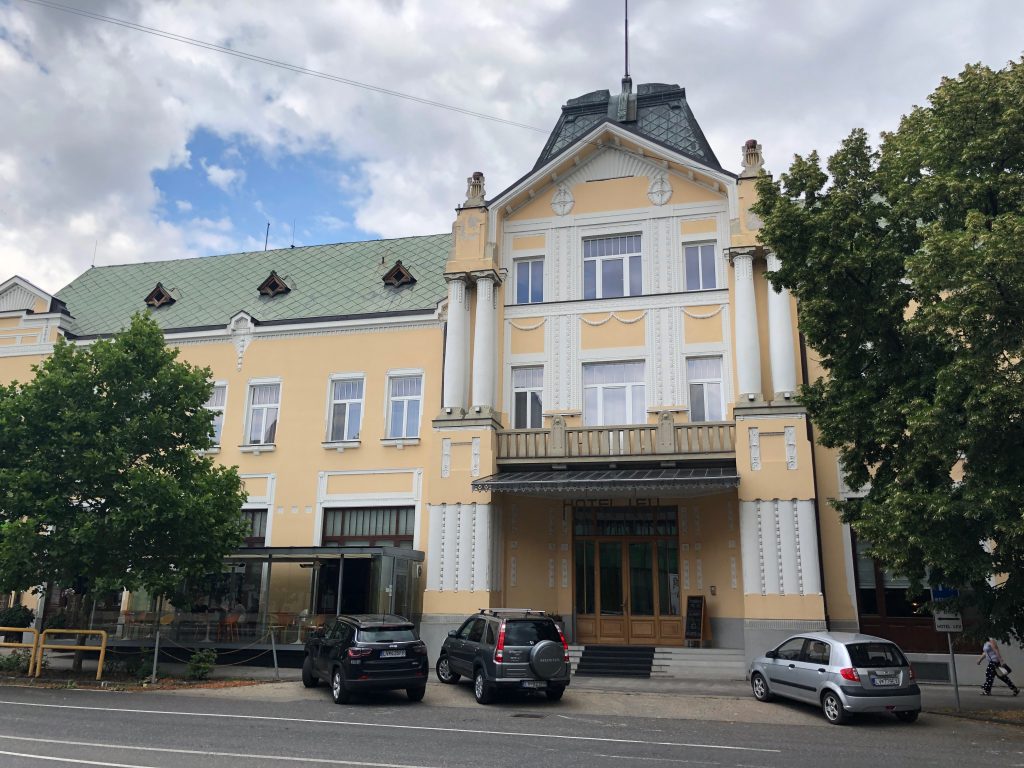 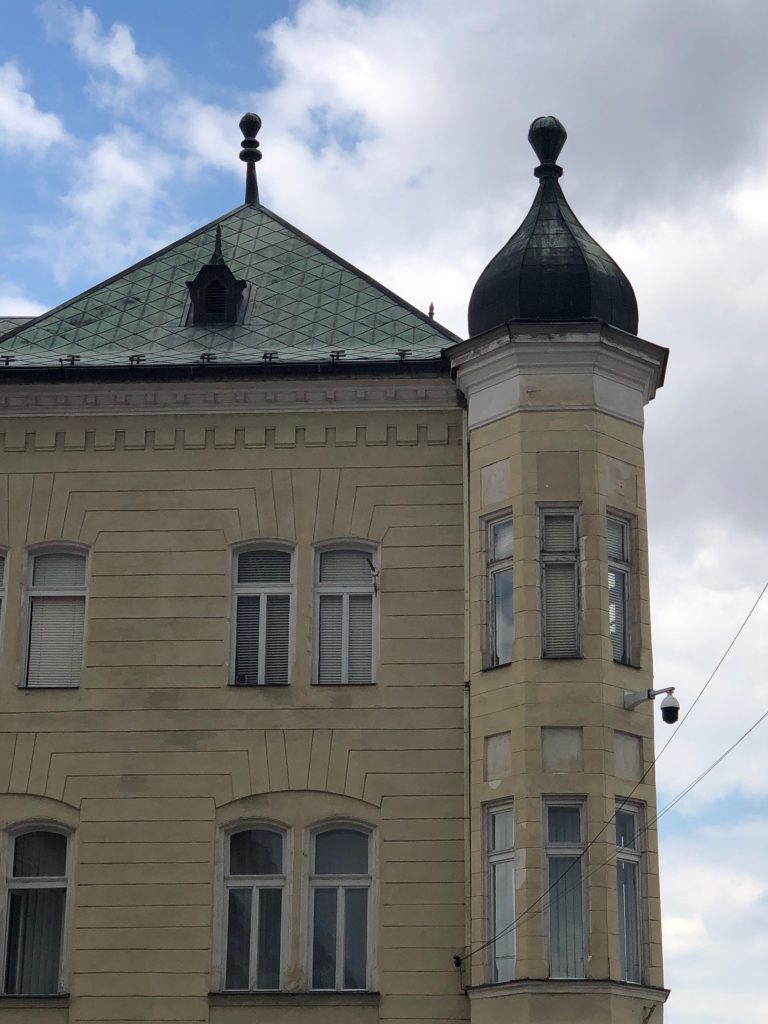 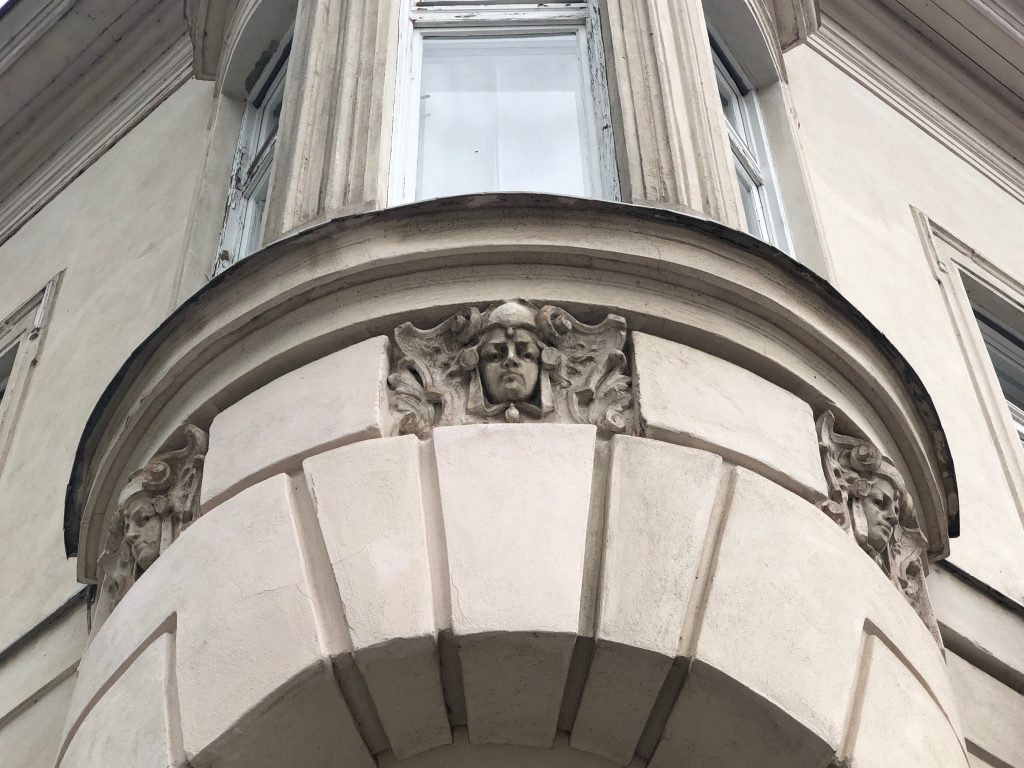 One of the surprises for me was seeing the old “socialist” culture house (Dom kultúry Družba) on the main square (Námestie hrdinov) where our Hungarian folk dance group Nyitnikék from my college years in Prague, Czech Republic, won the national folk-dance competition in 1977. 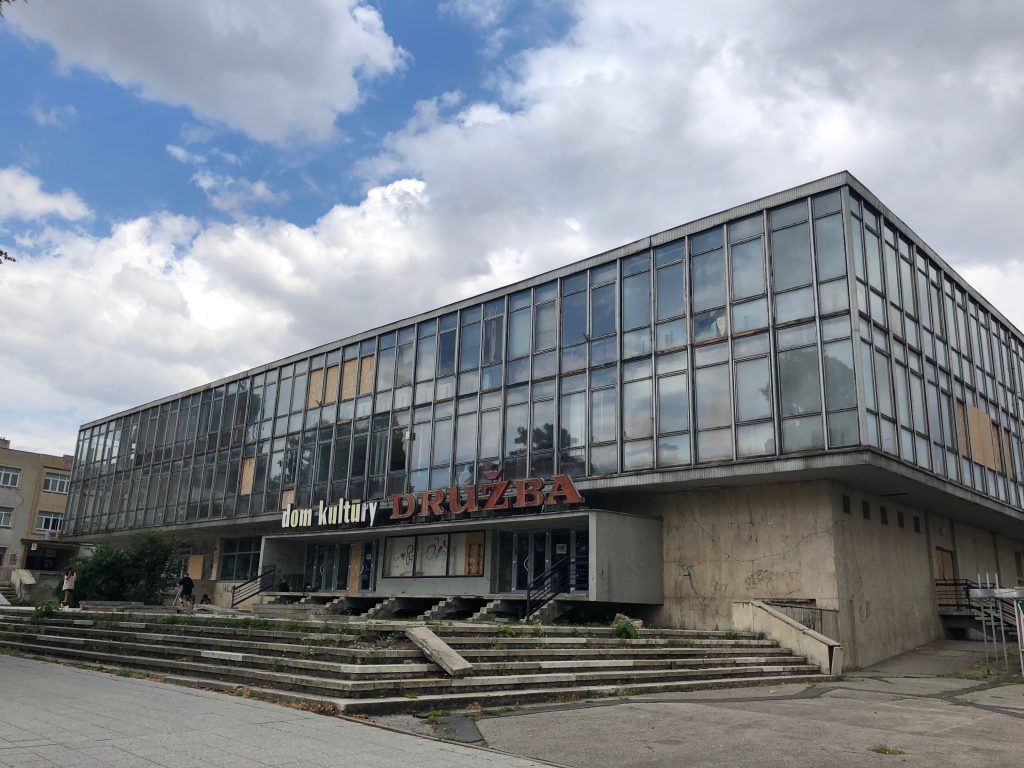 On our way back to the train station, we stopped at a local farmers market. 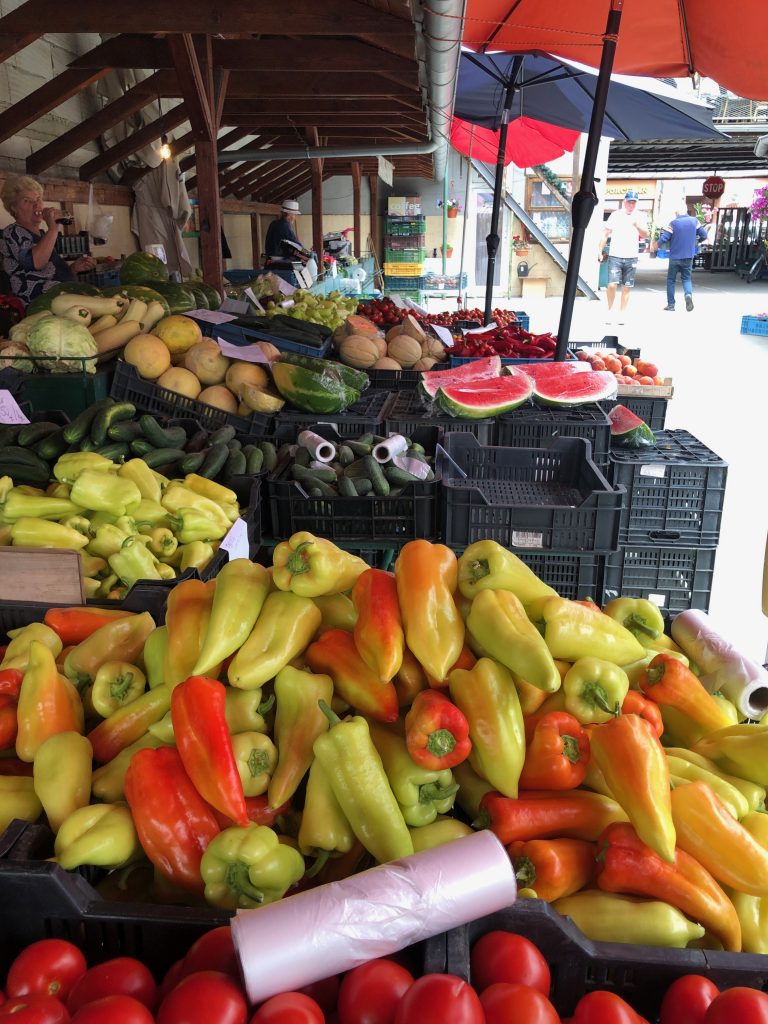 We were back in Pozba by mid afternoon ready to relax after lots of walking. A day well spent revisiting memories and discovering the history of our region. And even the forecasted rain held off. 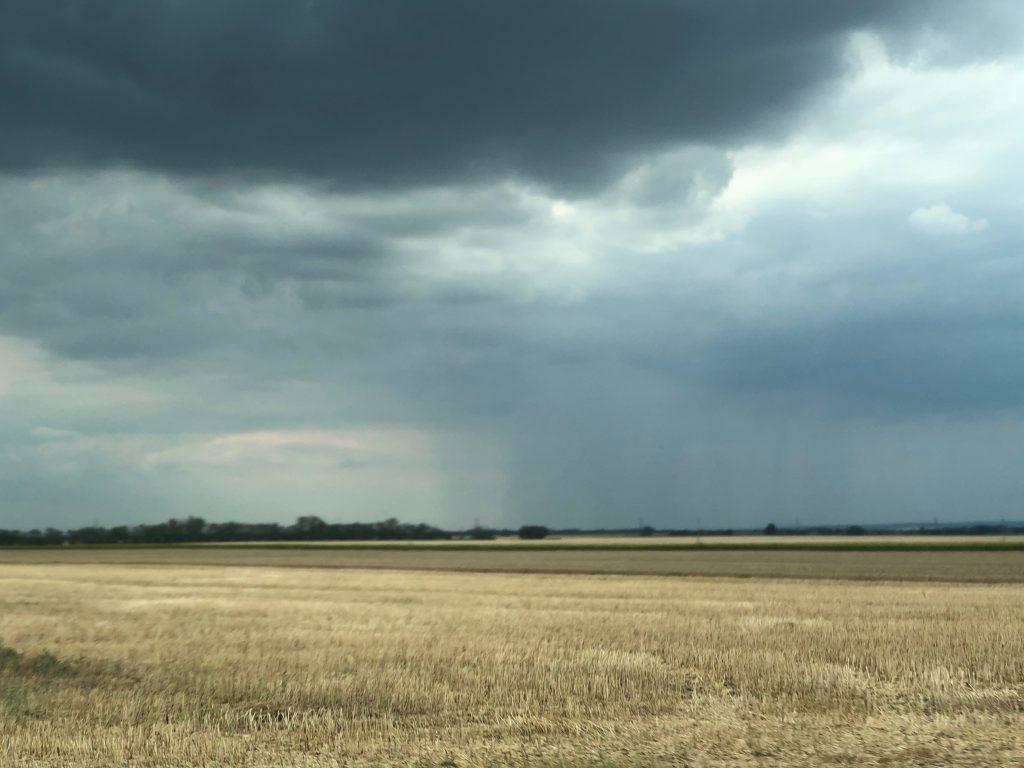 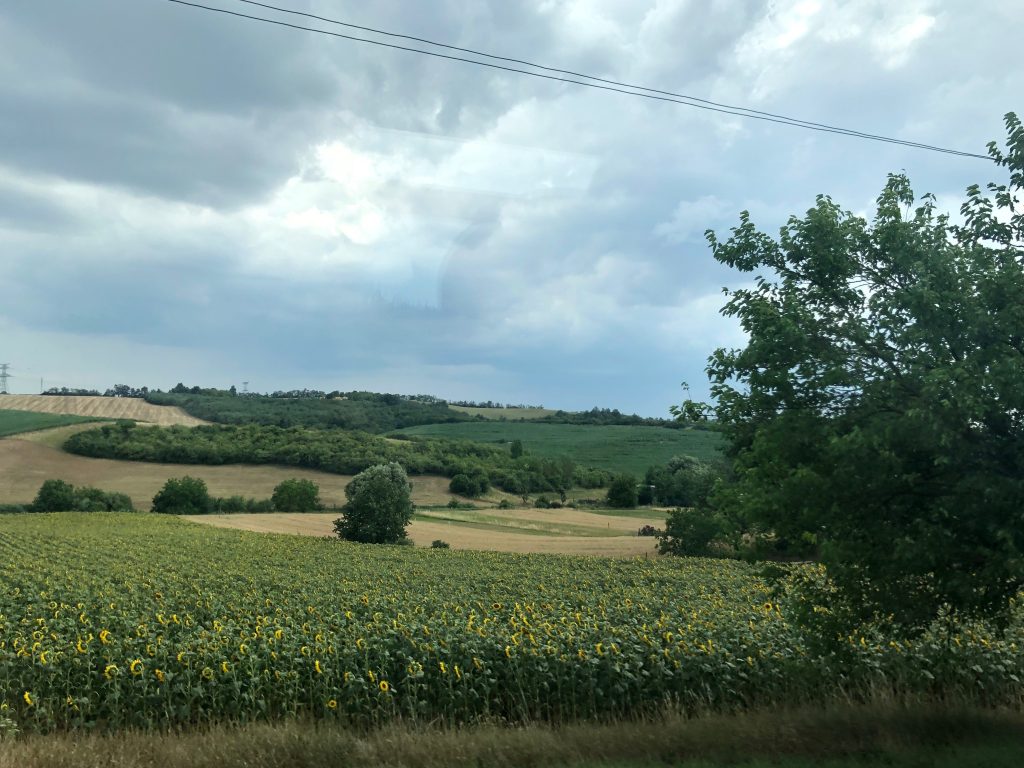 Stay tuned for a more detailed post about the Levice Castle.