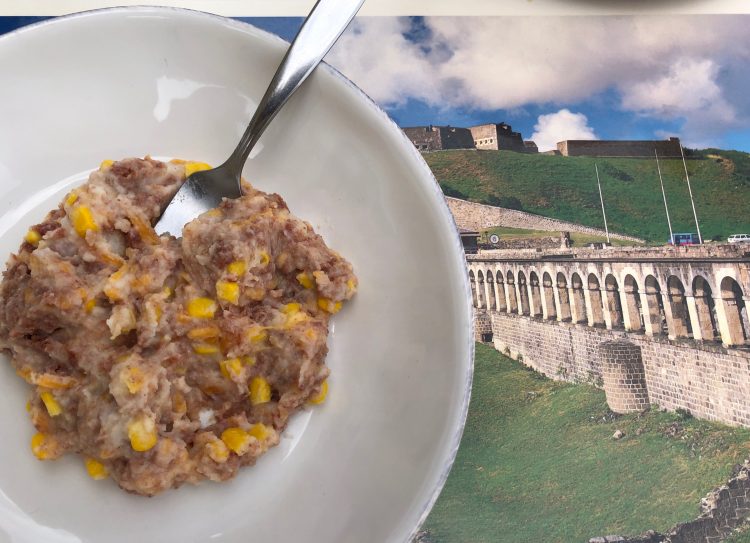 From 1987 to 1989, I was a Peace Corps Volunteer on the Eastern Caribbean island of St. Kitts. In that role, you can expect to be exposed to new life experiences, stressors, and anxieties on an almost daily basis.

One way to manage those concerns is by finding areas in your life where you can at least partially maintain some routines or habits you had at home in the states. For example, a number of Volunteers continued jogging, one surfed as he did in California, and I birdwatched.  I also maintained my lack of expertise in meal preparation and cooking! I even got to where I had family members send me jars of peanut butter so that I could continue my lifelong fascination with the venerable peanut butter and jelly sandwich!

Despite the remarkable absence of growth in this most necessary of life-related skills, I nonetheless accidentally struck new recipe gold one day when I invented my culinary claim to fame: St. Kitts Stew! Now, that’s not to say that I did not partake of any of the local Caribbean delicacies, because I did. All manner of fish, conch, lobster, goat water, chicken and chips, breadfruit fritters, guava, passionfruit, mauby, soursop, rum punch, and Carib beer were all welcome additions to my usual minimal effort food choices. St. Kitts Stew kind of filled the middle ground between what I knew and loved and what I learned in my new home.

St. Kitts has a long history of English culture exposure (the first British colony in the West Indies, established in 1624) and today a member of the British Commonwealth. Add to that the volcanic origin of the island and the centuries long agricultural exploitation of all arable land for sugar cane production and you are not surprised with the lack of fresh meat options-even in the late 20th century.

So, British colony, minimal fresh meat, and dependent on British imports for much of their basics. Therefore, the number one meat option on St. Kitts in the late eighties was that old British staple-corned beef. (The kind in the can that you need a key to open!)  Starchy vegetables were also very prevalent on the island, but much to my surprise, no Irish potatoes! By now, my unimaginative food sense was beginning to panic. At least I could still count on canned corn and cheddar cheese!

One lucky day about half way into my two-year stint on the island, I happened upon a box of instant mashed potatoes and my gastronomic world view immediately expanded! I had, inadvertently and wholly unplanned, assembled all the necessary ingredients for St. Kitts Stew; all that remained was for me to realize it.

I was probably staring at a can of corned beef one evening after work, thinking that “This is rather boring. Wonder what I can do with it?” Then to the fridge where the cheese and instant potatoes were. (I kept all such food, including cold cereal and peanut butter in the refrigerator because of the very successful ants with whom I shared my house.) Back to the pantry and the corned beef, and the can of corn resting beside it. A lightbulb went off! “Hey! I like all of these as separate entities; I wonder if they would work just as well together?” The rest, as they say, is history. 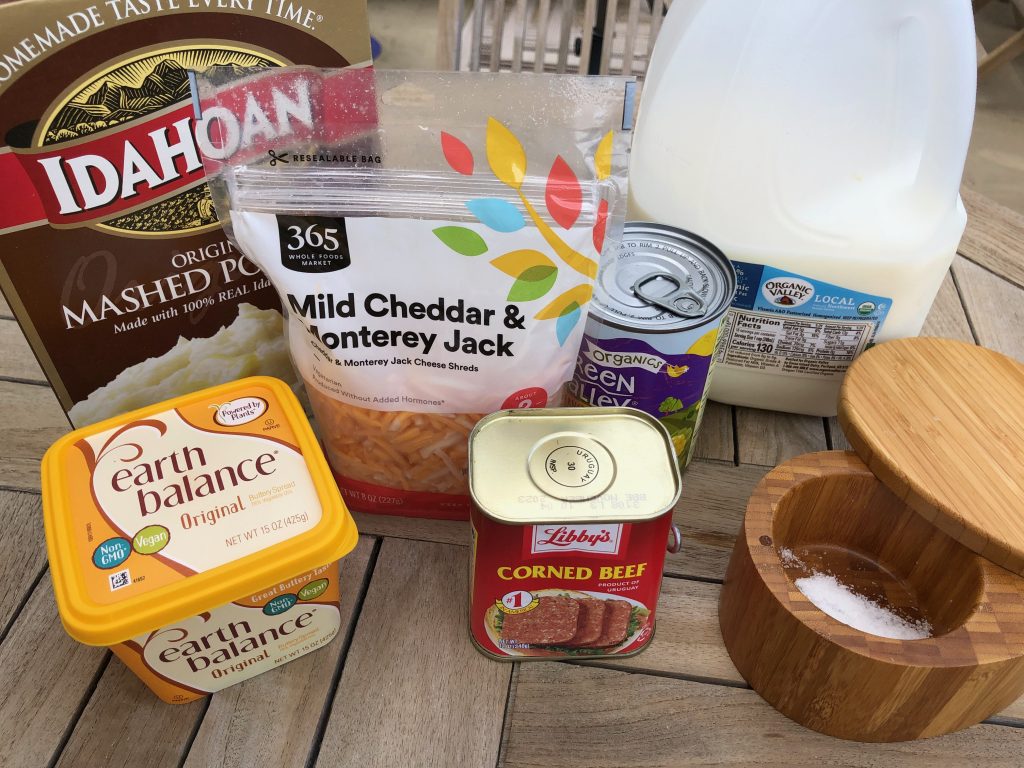 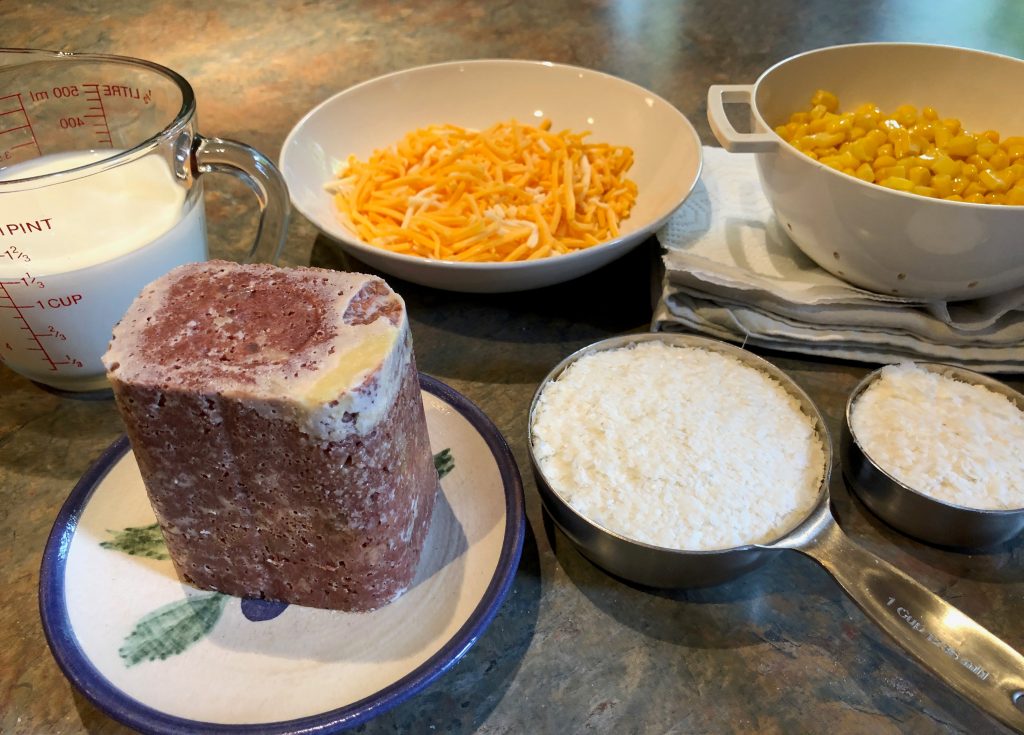 St. Kitts Stew: The Semblance of a Recipe 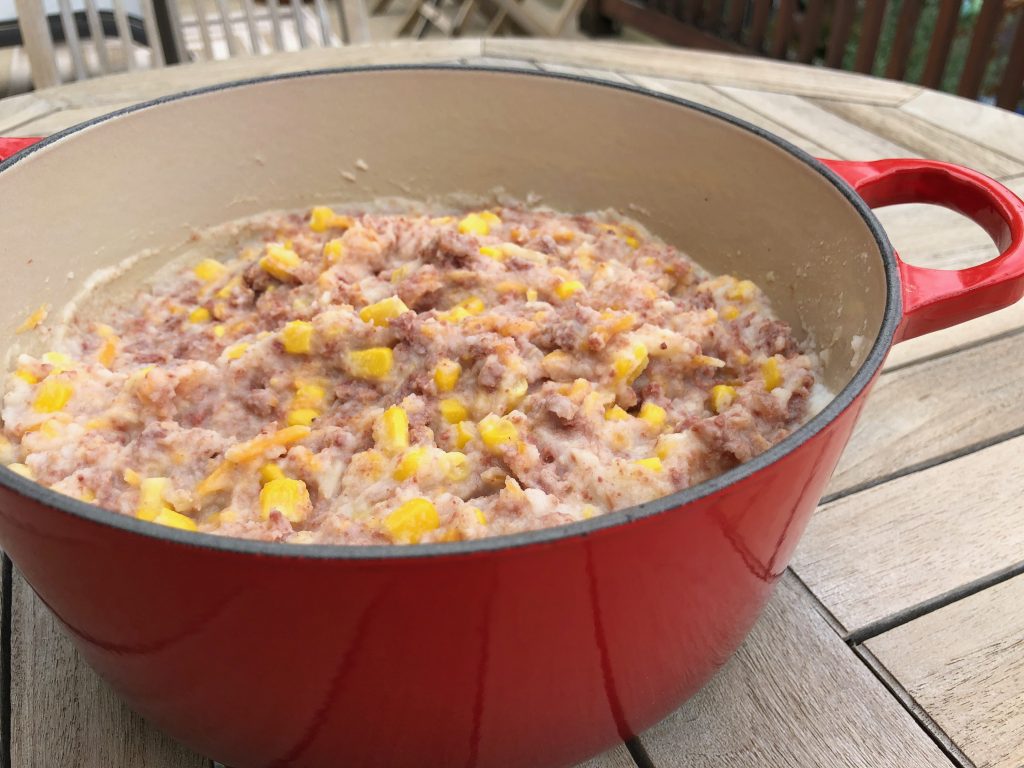 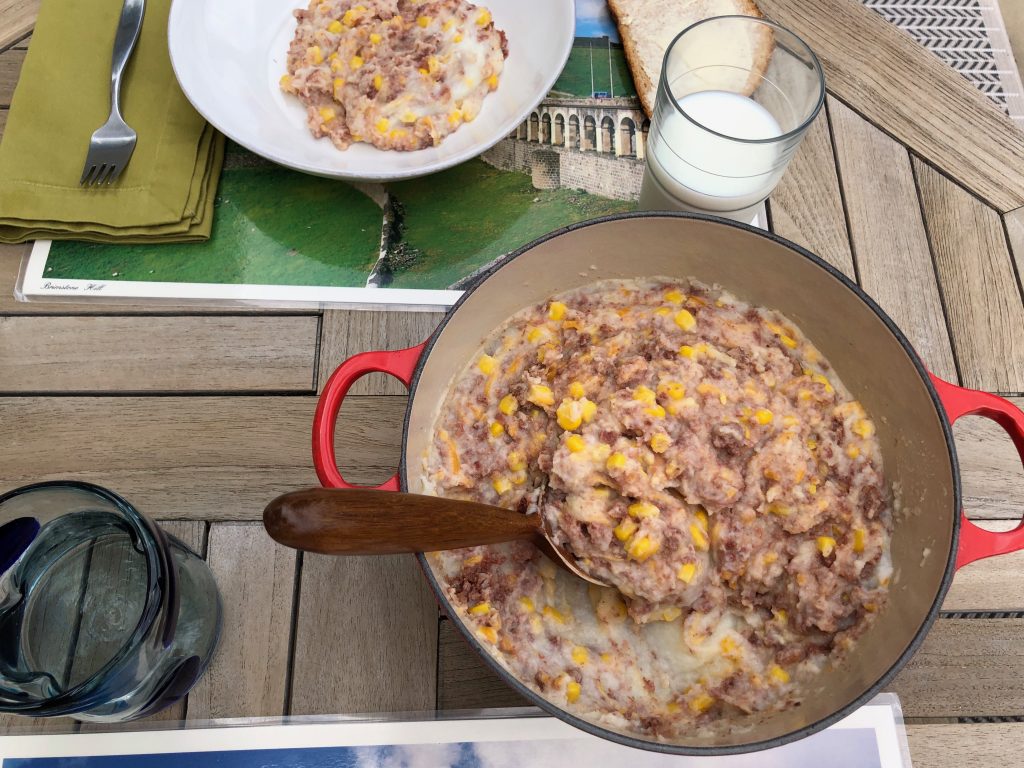 NOTE: Remembering my inborn laziness when it comes to cooking, I always made 4 or more servings.  I might make it on a Monday and then alternate with another easy to make meal and have it again on Wednesday and Friday.  And to complete the efficiency of the meal, I kept it in and ate out of the pan within which I made it to minimize the production of dirty dishes! 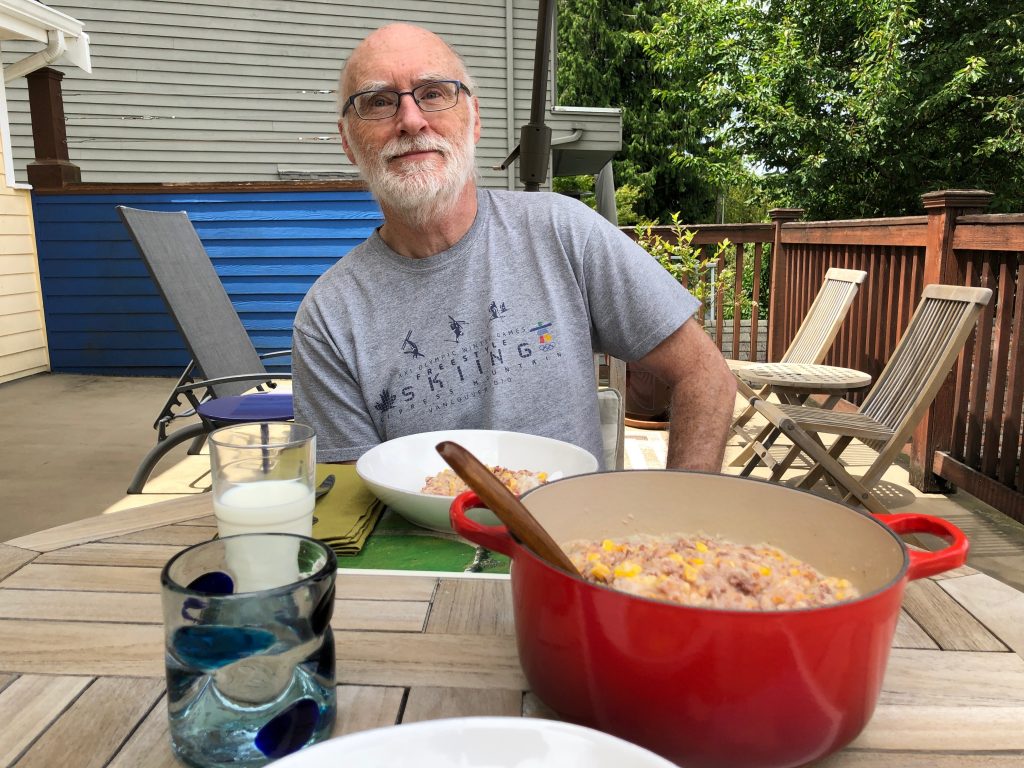